TL;DR
The idea of the colorful dimension is to express with colors the mean and standard deviation of activations for each batch during training. Vertical axis represents a group (bin) of activation values. Each column in the horizontal axis is a batch. The colours represent how many activations for that batch have a value in that bin. 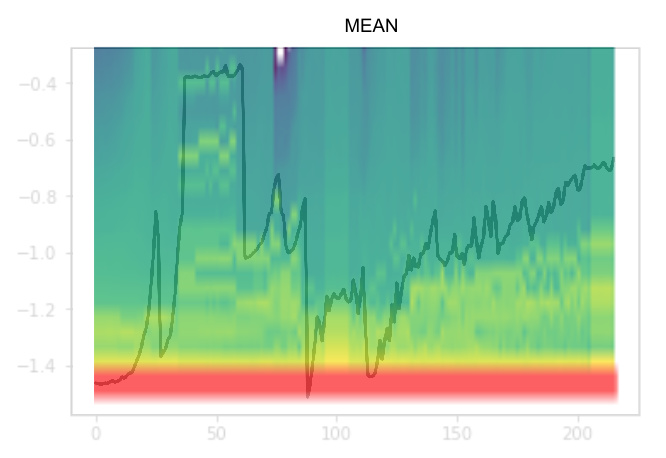 NB: Actual plot shown by Jeremy in the lesson are much more curated and focused. This post is about the original idea and my attempt to implement it.

DISCLAIMER: in the chart above I’ve manually superimposed the mean on the colorful dimension, to give an intuition of how the charts works.

THE GOAL
Looking at the plots of notebook 06:

Jeremy asked us to find a “fancy” chart able to capture the distribution of activations during training.

THE IDEA
Use the colorful dimension to visualize the distribution of activations during training. 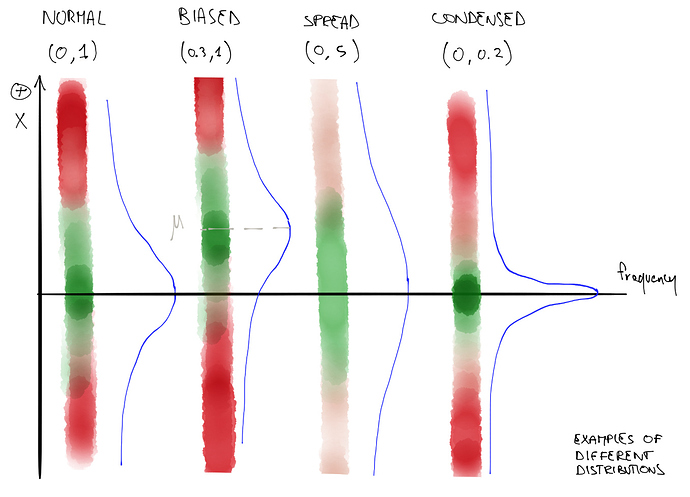 The notebook is the first attempt to solve the problem

FUTURE WORKS
Try to have an understanding of what is going to happen looking at the charts.
Adapt the original callback to current fast.ai version to make it available.
Publish all the flash cards

Thanks Stefano for bringing a ‘colorful’ dimension to our deep learning study! Your drawings are fantastic and it would be great if you could find a way to publish all of them as a learning resource.

NB: to make the notebook works, copy it in the same folder of other notebooks of part 2/2019.

Small suggestion: it would be great if you could add to the right of each plot a vertical “color bar” that shows the numerical value of the counts corresponding to each color bin. That way we could have an idea of how many activations are zero, etc.

More on the colorful dimension: 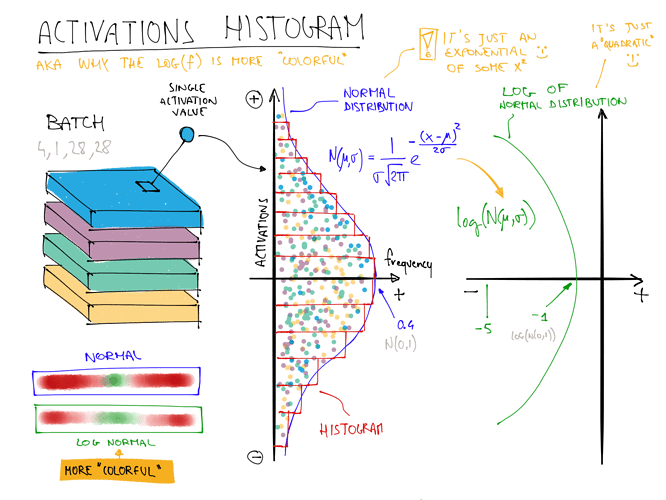 The following picture shows the steps involved in the computation of histograms. All these steps are needed to create a **single chart column", such as the first column of the chart is the histogram of the first batch and so on.

This was my very first sketch made to visualize the initial idea of the “colorful dimension”. 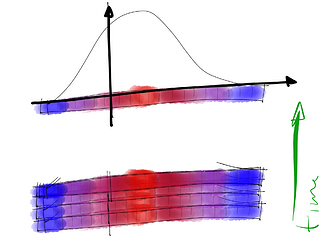 I’m working on a complete rewrite/improvement of the colorful dimension chart.
Here are some anticipation (this picture usually means bad training, but it’s cool

I’ve just released the first version of the Colorful Dimension and the new Twin Peaks chart.

The Colorful Dimension Chart in two lines of code 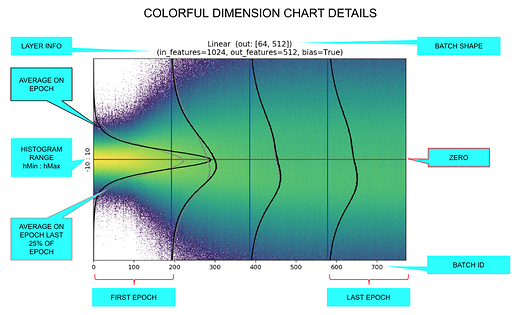 You can find the article and the code here:

I’m working on a complete rewrite/improvement of the colorful dimension chart.
Here are some anticipation (this picture usually means bad training, but it’s cool

@ste we like these pics so much that we’re putting some of them (with credit, of course) in our book! Thanks so much for the great material

Thank you Jeremy for the opportunity to be part of this: I’ve got one more reason to be thrilled about the book

Wow these visualisations are beautiful! Does it work with fastai2?