Built a Pokemon image predictor using fastdotai and KaggleDatasets (https://www.kaggle.com/thedagger/pokemon-generation-one#dataset.zip) . The docker image is deployed on heroku (https://salty-headland-83874.herokuapp.com/ ). You can find the docker image here https://hub.docker.com/r/vardhanapoorv/pokemon-predictor . If anyone knows a better dataset for Pokemon, let me know. I have built it using what I have learned till lesson2. Would soon be writing a deployment guide. If anyone needs any help or want to share what they think would love to hear it.
Would like to get feedback about this . You can find the code here - https://gist.github.com/vardhanapoorv/30bdd984f9e8d59ea1af203882f085b6 , will write a article about deployment also soon

I live in Asia and thought this would be an interesting first project. I’ve trained two models to predict which traditional East Asian dress a female is wearing. Feedback is greatly valued. Thanks in advance. 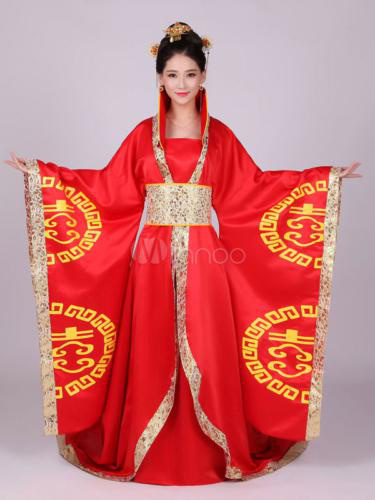 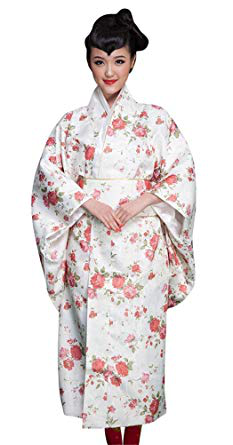 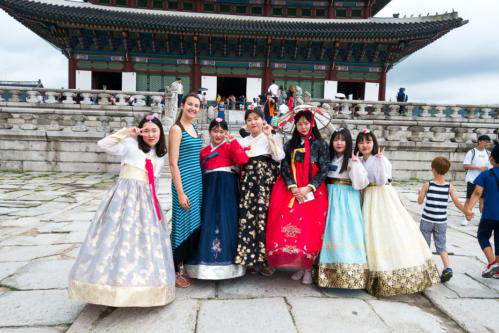 I would like to increase the accuracy but I have only watched lesson 1 so far. Any tips is greatly appreciated.

Hi @piaoya I have access to a server at work and it’s what I’ve been using. Did you downloaded the images yourself? I downloaded a zip that someone posted on the dataset’s discussion and had to do some cleanup after that, you can find that on the my notebook.
I haven’t used kaggle kernels so I’m not sure of the limitations but 500 pics seems quite limiting.
Glad you liked it, please let me know if you find anything more about it or have any questions or suggestions about my work.
cheers

I recently created a blog post that animates and annotates each step of the forward pass for recurrent neural networks. I think many people here will find it interesting if they’re trying to understand exactly what’s going on under the hood with RNNs.

Here’s a quick preview of one of the animations. You can hover over the code and see exactly what corresponds to what in the diagram.

I put together a tiny notebook to illustrate the absolute basics of CUDA in pytorch. I.e. when does a tensor operation happen on the GPU? How do you tell? etc. Mostly made to cement my own understanding but I figured it might be worth sharing.

How to run Pytorch 1.0 and Fast.ai 1.0 on an Nvidia Jetson Nano Board:

The Nvidia Jetson Nano is an incredible value for an ARM Cortex A57 processor board with 4GB of RAM and that runs both CUDA and pytoch. Here’s how you can also make it run the latest and greatest (as of April 2019) version of pytorch and fast.ai. This install is for Python3 only . This install is NOT recommended if you don’t have much linux experience, don’t know how to use ssh, or have no idea how IP networking works or what an IP address is.

What to do first:

After you shiny new box arrives, ignore their stupid paper stand and find yourself some anti-static foam or similar material and put your new board on. Go to the Nvidia developer website and follow These Instructions to get started. Be sure you do all of the following:

Once it boots up and you’ve verified it’s on your network and the Internet:

Set up a Swap File:

The Nano has only 4GB of RAM (which the GPU shares), you’re going to need to setup up a swap file. If you already have one, skip this step. You can just run the setup_swapfile.sh from your terminal session:

Be sure to ONLY DO THIS ONCE, as it has nothing in the script to check if it was already setup. Verify you swap file is setup by doing:

you should see an 8GB swap file created

If at this point you want to try the standard fast.ai and pytorch install, go right ahead, it will fail. For a bunch of reasons I’m not going to go into now, the standard pip commands simply won’t work for this. But if you just run the fastai_jetson.sh script you downloaded it will install both. Now this will take a couple of hours at best, so don’t hold your breath.

After fast.ai is installed, it tells you:
Done with part1 – now logout, login again and run setup_jupyter.sh

This is because the jupyter install doesn’t export the shell variables it need to run. So shutdown all your terminals, SSH sessions etc. and just reboot the Nano from the GUI. Once it comes back up. Open up a terminal from the GUI and :

This also takes a while, so again don’t hold your breath . The last step of this script asks for your jupyter password. This IS NOT your login password, this is a separate password you can use to log into jupyter notebook from any PC on your network, so pick an appropriate password and write it down. The default jupyter notebook install only lets you log in from the console or GUI, the modified jupyter_notebook_config.py file you downloaded and the script installs allows you to login from any machine on your network. To run jupyter notebook you will have to open a terminal or ssh instance and run:

If it doesn’t run, it’s probably because you didn’t log out and in again.
That’s it. Your done, You can now run pytorch and fast.ai. But if you’re like me, you don’t need a GUI on the nano, and want all the memory you can get to run programs.

A Note about Python, Pip and VirtualEnv:

Some experienced python users are used to a virtual environment (virtualenv, conda) which requires you to activate it ‘source activate’ before you install or run software you’ve installed in that environment. We haven’t installed that (Yes we probably should have), one of the side effects of this is that the pip and python commands will run python3 or pip3 automatically, if that’s the active environment.
You must use pip3 and python3 to run pip and python respectively. So if you’re running some notebook that uses !python xyz, it won’t work unless you change it’s code to !python3 xyz.

Memory isn’t everything, but it’s definitely something:

Back in the old days (of say 2010), 4GB was a lot of memory. And If you’re not using the GPU on this board, it is enough to get your notebooks running well (the 8 GB of swap file helps quite a bit). But if you’re using CUDA, it doesn’t run on the swap disk, so you need each and every byte of that 4GB. To get that, it’s time to jettison the GUI and run via a remote console using SSH. Running the jetson_headless.sh script will uninstall the GUI, and purge a couple of unnecessary packages that take up over 300MB of RAM. So after you run this and reboot, you’ll only have console access to the Nano, but you’re the machine will start using only about 378MB of RAM, leaving you with 3.6GB for pytorch and fast.ai.

1.run:
./jetson_headless.sh
2. reboot and ssh into your nano.

A Note about changes:

As of April 2019, this hacky install method works and installs the latest versions of both pytorch 1.0 and fast.ai 1.0, but things change. In the future you will have to update one or more packages or fast.ai itself. Hopefully some clever soul will figure out how to do that and maybe even build a git repo. My work here is done.

I tried sports classification over 22 types of sports. 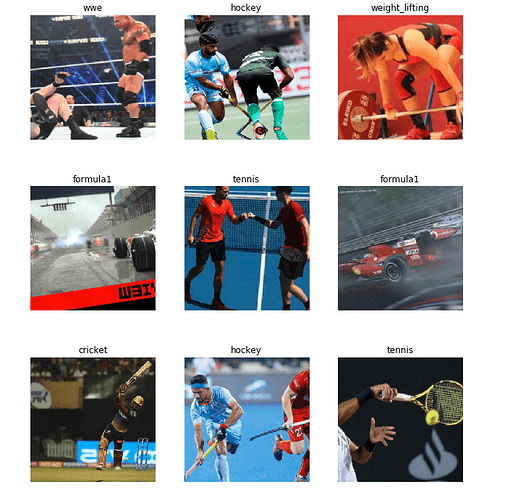 I got the following confusion matrix and accuracy of 97% 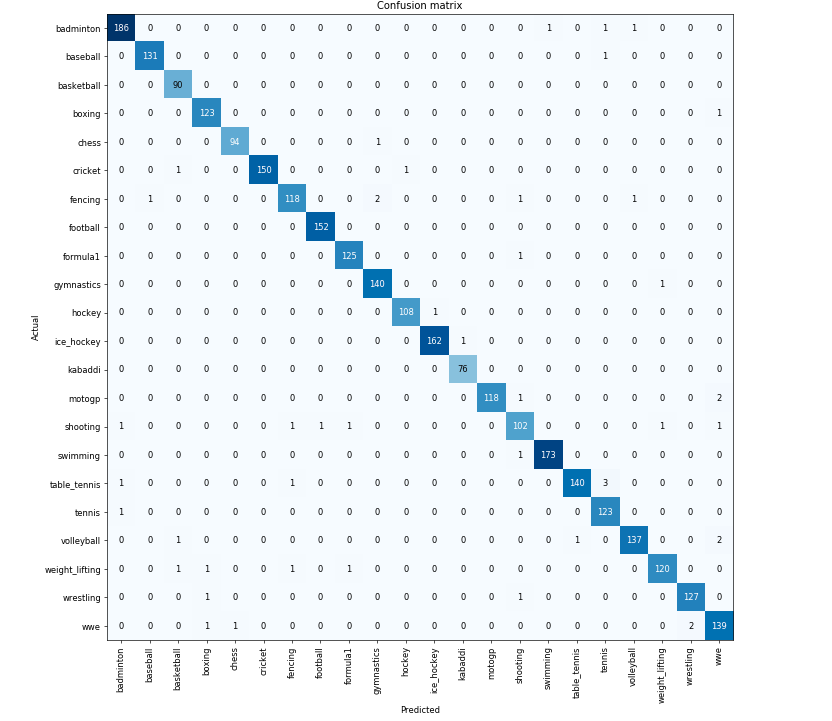 To play with the model, I tried predicting the sport type of Jeremy’s twitter wallpaper

And I got the classification as Category motogp

You can find the repository here

Very cool! The question we all want to know - how’s the performance?

I’m working on a side project parsing python repos off github to find the most common libraries and functions. I think it would be awesome to be able to see the functions of each library listed from most to least used, especially for new students. I’m a bit stuck because of python’s dynamic typing, so if anybody here has experiencing using Abstract Syntax Trees or parsing source code and wants to help, please let me know!

This is a quick writeup that covers python’s builtin functions and special dunder methods (e.g. __len__) showing them in order of most used to least used, along with some visualizations. Hope you enjoy. 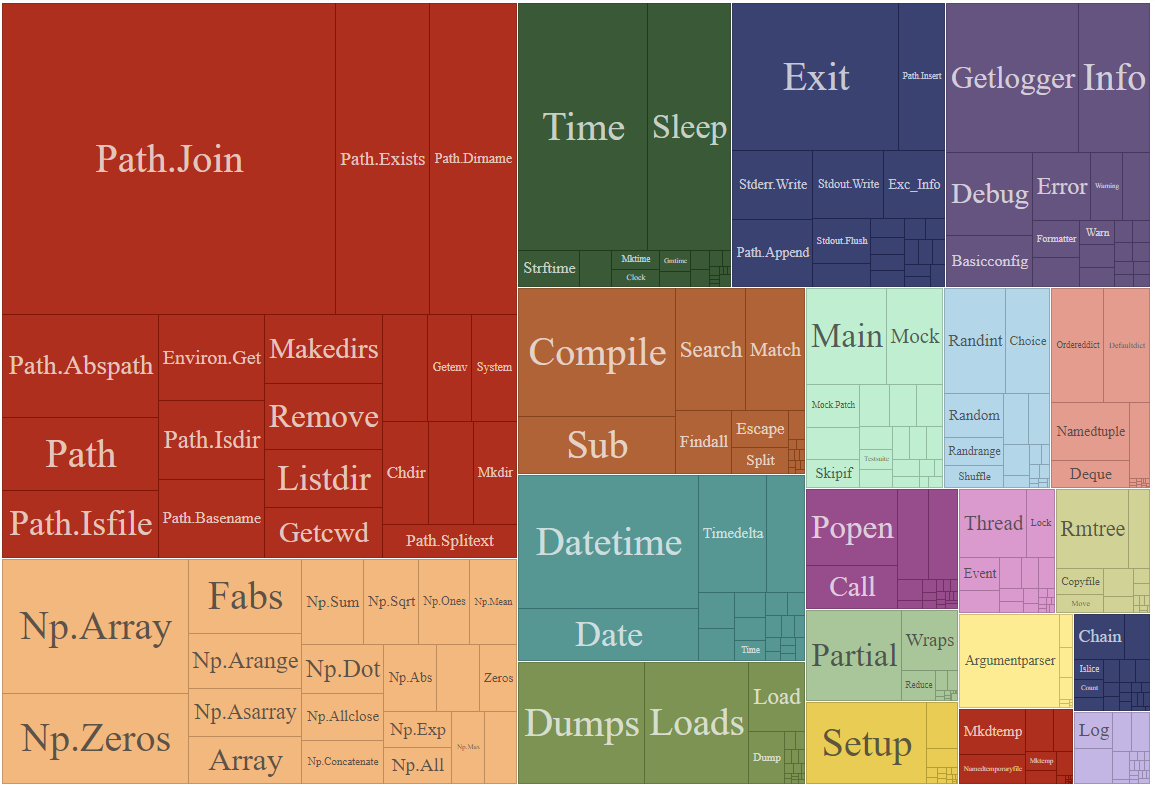 Thanks! Sorry, Not Tilli, just me.

Hello. Fast.ai is a cool thing for quick solution of problems on images, texts, etc.
And when I needed to play with sparse 3D data such as point cloud, depth maps and even mesh - to process data from LIDAR - I was terribly short of such a library.

Here is an example of a solution to the problem of 3D segmentation of indoor scenes. I have checked the github repo. it is really good work.
The data is huge, where did you find the data?

I gathered the data with the help of gi2ds tool from images.google.com.

For more information on downloading the data, you can check out this notebook of course.fast.ai.

During the last 2 weeks, I’ve been working on a project to upscale music using deep learning.

Here’s a link to the repo : https://github.com/StatisticDean/Crystal_Clear

I was very impressed by the results from lesson 7 of superresolution and I wanted to see if it was possible to get similar results in the musical field. So my idea was the following :

If you want to see(hear) for yourself, you can clone my repo and download the model from the link in the README. You just have to install the environment from the .yml file, and you should be able to use the model by launching the upscale.ipynb notebook. If you don’t want to download the model, you can just get the repo and use the 'sample.ipynb` notebook to listen to already processed samples.

I havn’t been over all the details of this project in this post, I’ll probably make a more detailed version later, this is to give you an overview of my project.

Please feel free to point out mistakes in this post or in the project, to make issues/PR on github, or to ask me any question about the project.

This is really great. Thanks for sharing

Looks like the link to the notebook is broken. Can you please fix it?
Thanks

I made a classifier for Australian birds [https://github.com/Josh-Myers/Australian-birds-classifier/blob/master/birds.ipynb] - it’s really cool to be able to make something like this after only one lesson.

I was interested in the fast.ai library and decided to watch the first lesson. I haven’t had so much fun with playing with a library in a while

My topic was of course cats: In what posture is a cat? Sitting, lounging, curled up or walking. The error rate was 17%, which is quite ok considering the bad figures and my own confusion on the definition of the poses

There is a small writeup available on my own blog if you want to read the details:
https://www.vanderzwaan.dev/posts/2019/04/cature/

Given sufficient free time I’ll see if I can improve it. The final goal is to use a RaspberryPI and a camera to track my own cat and see how it actually spends it day.

*totally incomparable to the time it took me to get useful things out of other libraries and visualize it.