The last one was a bit of a surprise, but I found the solution here in the forum:

The classifier works now. Accuracy is 80%, which is ~10% better than the best LSTM model I did with Keras and the first base line with the TabularModel before any optimization was done.

[Update: Mar/22/2019]
Most of the hazzle seems to come from incorrect data pre-processing; It looks like I was looking at an outdated example notebook from the 2018 course. Meanwhile, I found the latest (2019) Rossmann example in Lesson 6 and I am working now to apply that pre-processing. I update the post later on.

Hi,
Last week, I started with getting through the part-1 course and so far, lesson 1- 4 were quite helpful to get my mini-project started. So far, most of the documentation and code examples were good but after having setup a model, I am getting zero accuracy so there must be something wrong with the way I do things.

I am dealing with an “auto-regression” problem, that is, I want to use earlier time periods of the dependent variable (and its features) as predictors for values in future time. My dataset has about 5k of data with 168 features from which I want to predict 4 dependent variables.
For now, predicting just one target variable with a subset of 18 features is sufficient to get something working.

The Rossman example used the “ColumnarModelData”, which seems to create a model for a specified column. Now, that makes a ton of sense to me since auto-regression is essentially working on a column of time series of data. Unfortunately, that 'ColumnarModelData" is gone in fast.ai -1.

Next, I was looking in the tabular data model and when following the “adult” example, I get some code working, but no usable model. Specifically, I did:

The last step is where I am unsure whether its the right thing because the learner should be an RNN or column learner or whatever gets auto-regression done in fast.ai.

Note, the underlying sample data is just 5k of numerical data (~500kb) so fast runtime is expected. A simple LSTM model with Keras gets an accuracy of about 70% so I thought fast.ai can beat this with a bit of tweaking.

However, when I run the code shown in the gist, I get an accuracy of zero and a pretty abnormal valuation loss. When reading the API Doc, I simply cannot figure out whether the tabular learner operates row or column wise. The results indicate row-wise, but that’s just a guess.

I am thinking increasingly about writing up and contributing a time-series tutorial, so any help to make things work is greatly appreciated.

I am not able to answer all your questions but maybe an answer for q1:

Tabular learner is just a fully connected layer where the inputs are the cont_names AND the embeddings of cat_names. Jeremy uses 2 hidden layers in his video (1000 and 500 hidden units I think for rossman data) with one output for Sales. I don’t think this is the best model for a time-series data. Actually there is a time dependence in sales data (more sales on Saturdays for example), but that is been solved by the embeddings of the date column separated in different categories (day of year, weekend or not etc).

You probably need an LSTM or GRU for your problem.

As Jeremy only showed RNN for NLP type of problems it is hard do come with a solution for a non NLP problem as we need part 2 of the course to build our own models. I am also waiting for that part so I can create a model for stock data prediction.

For your stock prediction, you can do something in Pytorch in the meantime.
Take a look at this article & code: 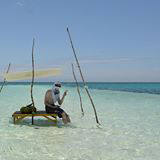 Looking further ahead, there is a ton of IoT sensor data out there and usually, these are time series. Predicting them in real-time is going to become increasingly relevant over time. Anyway, thank you.

Hi Did you finally adapt NLP RNN for stock prediction or any other time series problem. I am keen to learn that and facing similar issues. My MAPE 20% if RossMann approach while my Naive predictions (taking previous value as prediction has MAPE of 10% only).

Did you finally get any solution for auto regression target variable problem ? I am kind of in the same boat. Also did you ended using LSTM/RNN for tabular data ? Or did you create any lag variable (last week sales etc ?) and if so did you normalize them ?

No, I don’t use LSTM/RNN for any financial time series data although it can be done with more effort and other libraries. Results, however, aren’t worth the effort.

Yes, time series can be done extremely well with deep learning. I would say, gluon-ts is the only contender in the field and constantly establishes SOTA results. I think I got the mean error down to 5% when I tweaked my gluon-ts model but for my application an error below 2.5% was the target and that wasn’t feasible back then. I don’t use it at the moment, but in case I would have a use cases with less stringent error requirements, gluon is the only kid on the block. And quite frankly, it just works out of the box.

For stock market data, I found deep learning largely insufficient but I can say that deep learning is actually used for pattern matching on binary encoded data because, after all try & error, it’s the only thing that actually works reliably. Currently, I study automated trading systems under the four times world champion while collaborating with a quantitative investment fund.

However, I cannot share any technology details of that work for obvious reasons.

Here you have it, go with gluon-ts for time series data, or if you want to do automated trading systems, forget about deep learning because you have to learn it first from scratch to save you many very hard years.

That said, I am not actively using fast.ai anymore for over a year now so I cannot comment any further.

Thanks Marvin. My problem is more like rossmann one where I have a time series target variable like sales which is also dependent on store, city, day of week etc. and I do not think I can use gluon-ts to predict that. It is more like regression problem with auto-regression component to it. I also read your another post wherein you mentioned that creating features like " adding another feature that measures the distance from the moving average immediately improves accuracy." - can you please elaborate on how did you calculate distance from moving average ? Appreciate any feedback /guidance.

have you tried gluon-ts yet?

gluon-ts and some custom models are used in production at Amazon to forecast monthly sales and revenue and they use that to adjust marketing expenditures to offset pro-actively a predicted drop.
Just saying…

From memory, my time series data were

Semi-seasonal means there was no clear seasonality i.e. June/July drop in sales of winter items etc. but there was some time regularity i.e. dip every third Friday of a month due to market structures.

Tackling heteroskedasticity is a bit tricky, so the best I came up back then was smoothing things out through moving averages, ratio calculations, and binary encoding. Working on absolute numbers proved to be futile.

I did roughly speaking this:

Historial features (Usually, 3 to 5 days back helped, but nothing beyond 5 days)

I wrote a custom pre-processor library to do all that in an automated way. it’s still on GH:

When you implement a new data-loader to load your CSV data, you can roughly re-use the remaining codebase given the data-structure matches the assumed OHLC. Volume is at most optional and can be left out as I was unable to find any volume study that improves the model.

You can replace “Price” with revenue, COGS, or whatever measures your financials.

Also, instead of working on total numbers, I used to convert these into daily percentage changes as these were much easier to predict with a much lower total error.

A much smaller subset of these features applied to a novel model in gluon-ts was immediately outperforming fast.ai by an order of magnitude. I cannot remember the name of the model anymore, but it was build and published by some smart cookies at MIT and Amazon was porting it to gluon-mx. Although the implementation was pre-release back then, the actual results were just staggering.
MAPE was hovering around 3% before advanced feature engineering. If that’s good enough for you, give gluon a go and try all their models b/c these are pretty damn good.

Again, I that’s all from my limited memory. You may want to look at the util code for pre-processing and feature generation.

However, I cannot support this kind of work as the project has been closed a long time ago and I don’t maintain the code anymore. 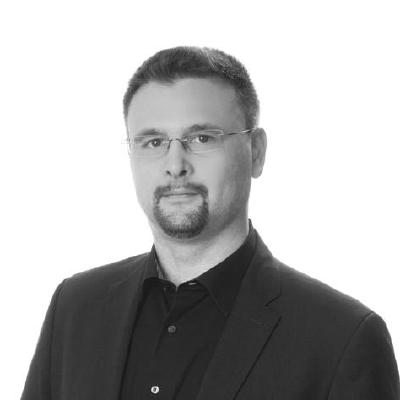 Utils to process stock data . Contribute to marvin-hansen/StockUtils development by creating an account on GitHub.

Super helpful Marvin. Appreciate the note. I will study gluon-ts in more details and give it a try; and thanks for sharing your pre-processing code.