Show us what you’ve made using the things you’re learning in the course!

I love seeing stuff made by folks new to deep learning, so please share your work even if you’re a beginner. Sharing your work helps inspire others on their deep learning journey!

Here are two great ways to share your work, both free and based on Jupyter Notebooks:

Last night I attended the first session of the fast.ai course being hosted live at the University of Queensland. This morning I trained a model that does a surprisingly decent job of differentiating between damaged and undamaged cars within a couple of hours. It took a few iterations to find search strings specific enough to return images that could be used to fine tune a model with a reasonable error rate.

My first attempt using “photos of normal traffic” and “photos of traffic accidents” was too generic.

It feels a little uncomfortable to run so much code that I don’t fully understand yet but I am taking Jeremy’s advice and building first.

Here’s my car damage classifier notebook!
The performance is highly dependent on the set of images that are downloaded with each search string. When I re-ran the notebook from the shared public link above the ‘photo of a damaged car’ returned a Mercedes driving through a flooded road. Not exactly a damaged car, unless you include water damage.

One question I have is house-keeping of the image files on kaggle. I was creating folders and paths to the image files. How do you delete the folders you don’t want anymore? 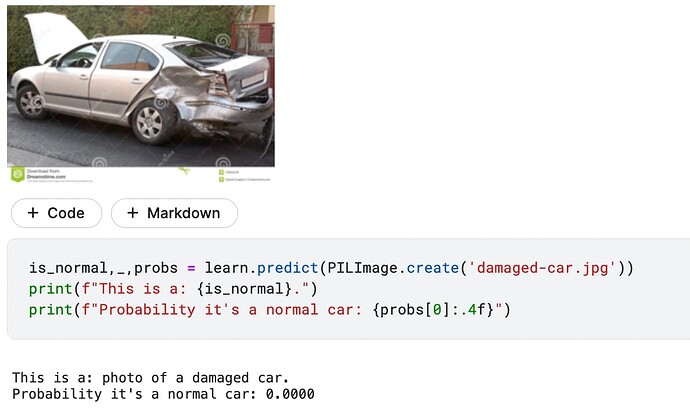 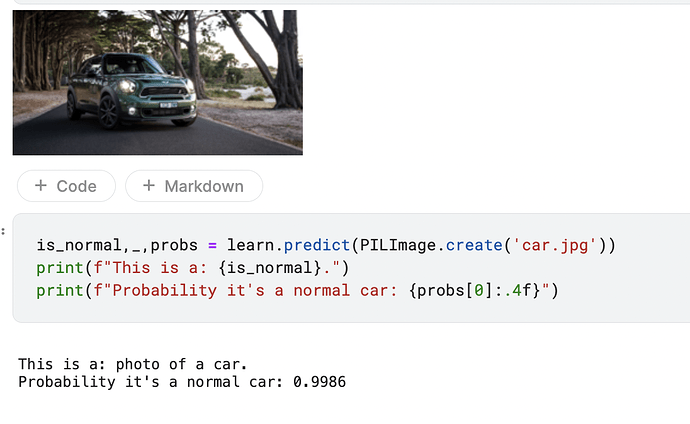 For those new to the course and perhaps unawares, I built a library called ohmeow-blurr based primarily on things I’ve learned from the course and book. It’s a fastai developer first library for developers who want to use fastai to train Hugging Face transformers.

It also illustrates something Jeremy mentioned in the first class …

If you look at the code:

For those interested in giving it a go, I created a blurrified version of Jeremy’s “Iterate like a grandmaster” notebook shared on the Lesson 1 official topic thread.

It feels a little uncomfortable to run so much code that I don’t fully understand yet but I am taking Jeremy’s advice and building first.

It’s weird because its academically atypical, and yet, as I think about how I’ve learned to build or do anything … this is how it starts. In fact I would argue that your insights about getting quality data for your task are a result of “just running the code.”

By week 3 or 4, you’ll know quite a bit about what is going on underneath it all

It feels like forever since I was last looking into the fast.ai library. So, I’m resorting to start over my understanding from scratch, building a multi class classification model.

I also saw some Huggingface spaces demos a while ago, and thought that was pretty neat. Earlier this week when looking into it, I found out that it was definitely possible to use fast.ai models on huggingface spaces via gradio, so I figured why not try that.

So, what I’ve done is built a Food image classifier (Food-101 dataset) and hosted it as a live interactive demo on HF spaces. I find it more fun to be able to play around with the model with real images.

Let me know what you think. If there’s enough interest, I can share the notebook as well. It’s very similar to the classifying breeds tutorial on fastai docs.

Overall, this was fun to build.

EDIT : I’ve now also added the notebooks used for training (and testing out gradio inference) in the same HF repo (notebooks folder) if anybody wants to take a look at it.

Wow, this is really cool and mouth watering! Thanks for the inspiration @suvash

This is my beginner post about converting images into tensors and back. This is my way to document my study in a searchable environment (Fastpages) mainly for me but maybe for others too. I’m exploring the fastAi ToTensor class, then torchvisions’s ToTensor class, and lastly just passing image(s) into a tensor method (I guess). The last part is about reverting a tensor back to an image.
Convert image files into a tensor and back with FastAi, PIL, Torchvision and Vanilla Pytorch

Thanks for sharing this Suvash! Do you have a write up somewhere on how to share models on HF spaces using gradio?

I haven’t written about it yet, maybe something I can work on the coming days once I understand the libs better. In the meantime, I think @ilovescience has already written a pretty good post on the topic that I followed through.
It’s available at : Gradio + HuggingFace Spaces: A Tutorial | Tanishq Abraham’s blog

The thing about HF spaces (that i’ve learnt so far) is that all the code+models+etc. is contained in the git repo for the project, it builds/runs the gradio app via some internally defined Dockerfile, proxies it to another url & then embeds that url into the main page via iframes.

So, in this case all the things needed for the demo is available at https://huggingface.co/spaces/suvash/food-101-resnet50/tree/main, app.py being the entrypoint for the gradio project that HF infra eventually runs after building it ( proxying it at https://hf.space/embed/suvash/food-101-resnet50/+ ) and then injects that url via an iframe to the HF space page. Pretty neat actually !

I’m still curious about the operational aspect of spaces(for eg. when is the container(process) spawn/shutdown/restarted, processes per space, build-deploy flow seems really quick etc.), but I’m getting a bit carried away and that’s for some another discussion thread.

Thanks for the detailed explanation and the link to Tanishq’s blog post, this is exactly what I was looking for! Much appreciated!

I’ve now also added the notebooks used for training (and testing out gradio inference) in the same HF repo (notebooks folder) if anybody wants to take a look at it.

I’ve also added the notebooks to the same HF repo now, if anybody wants to go through it.

I still don’t quite understand how it’s cleaning up any potential bad images, but I think that’s what the doc function is for 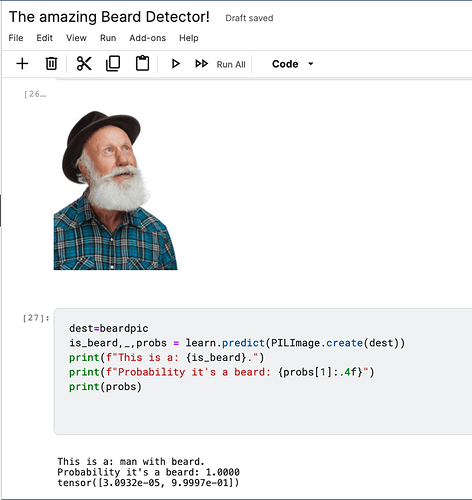 Next step is to somehow figure out how I can create an app from this notebook using Gradio and HF Spaces.

Glad to hear that my tutorial helped! 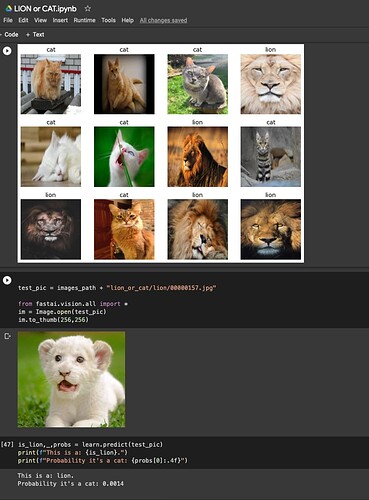 Hey everyone, I thought I would share my project from when I took the 2020 course. It’s probably much larger than it should have been, but anyway here is a project on classifying 1000 species of mushrooms from over 200k images

I think this might be the largest mushroom classifier around…?

It might give some insight into preparing data for a model, training models, and using callbacks (commands that trigger during training to do something helpful, e.g. save the model weights).

Let me know if you have any questions!

Inspired by the @suvash food classifier

, I wanted to build a classifier that identifies Marvel characters.

To make it more interesting

, I deployed the Gradio app on the Jarvislabs.ai CPU instance. You can play with the demo here. 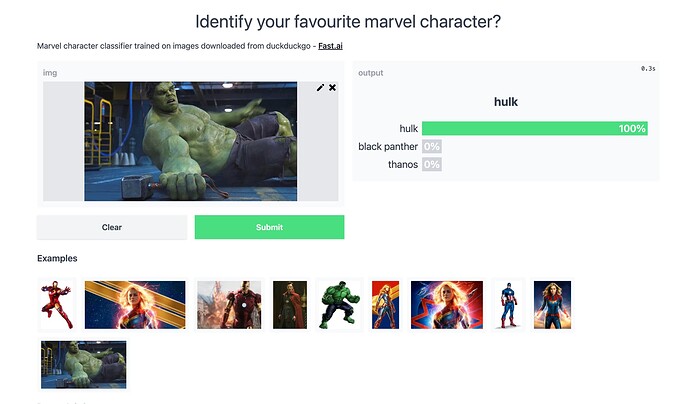 I’m not good with Python but after some tweaking held by duck tape I made Rock Paper Scissors where you always win and the computer will always lose. 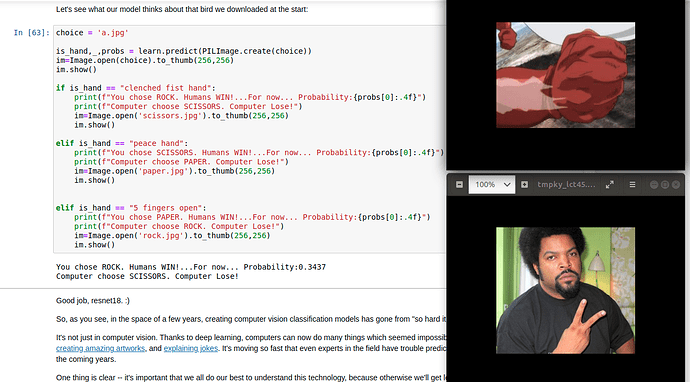 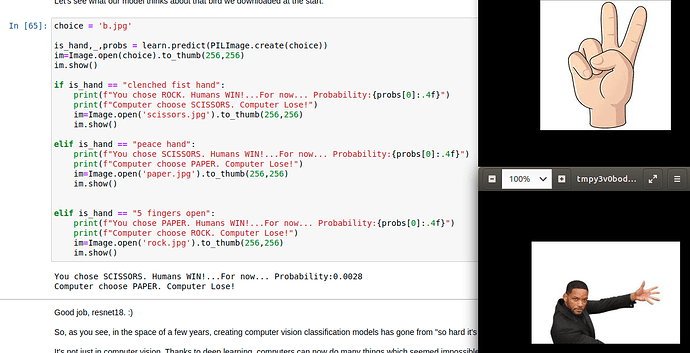 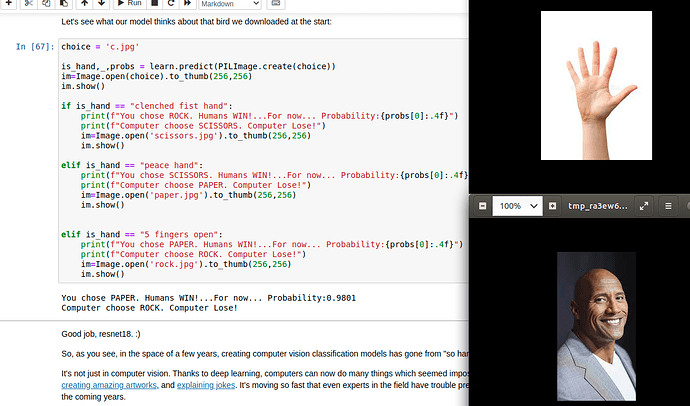 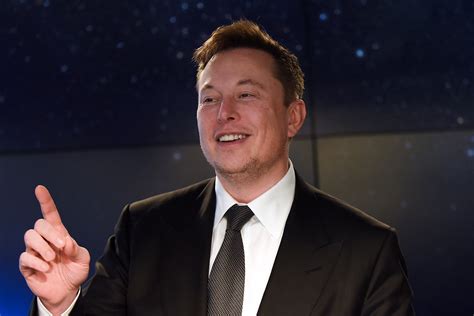 Elon or Not? Creating a model from your own data

To make the Bird v Forest a little trickier I used much the same code as Jeremy had but used 4 classes of birds that can be hard to tell apart. Bald Eagles, Juvenile Bald Eagles, Golden Eagles and Osprey. One lesson learned - an Osprey is also a “tiltrotor military aircraft” - so searching for ‘Osprey Bird’ gets a better result. Anyway, with 300 pictures of each, and just 15 seconds of training (5 epochs of 0.03) on my WSL2 Ubuntu running on my Win11 Surface Book 3, it identified this picture from my lunchtime walk today. I thought 83% was pretty good (and correct!) 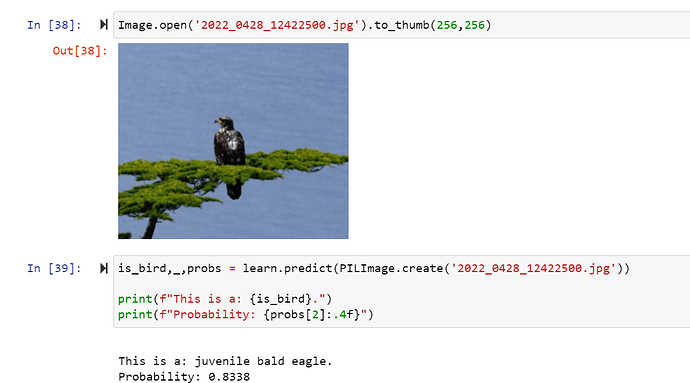 which_eagle1150×639 166 KB
. I’ve been through earlier fastai courses and so excited to see so much of the hard work is hidden away, allowing more focus on the problem - and of course the data. My image set could do with some cleaning… 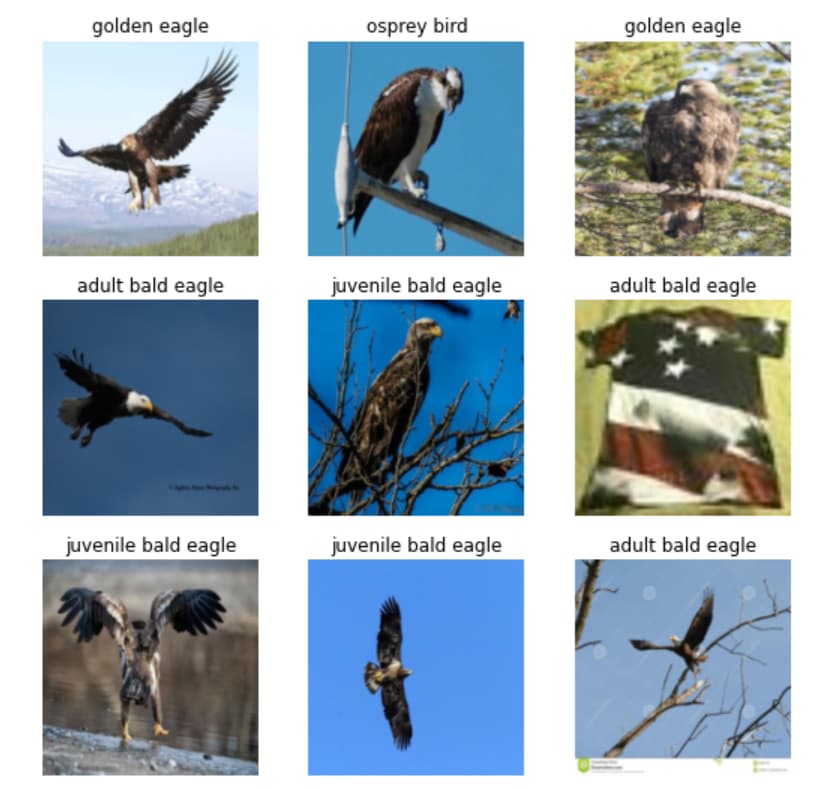