Thread to implement the FC-DenseNet model introduced in One Hundred Layers Tiramisu: Fully Convolutional DenseNets for Semantic Segmentation. This post is a wiki. Please make changes as your understanding improves. 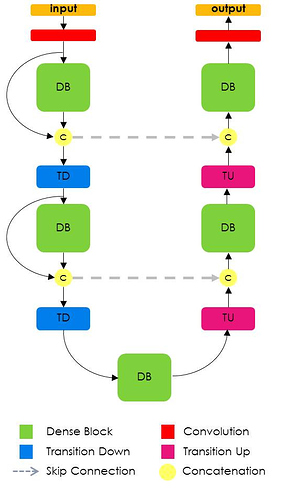 I created a github repo for us to collaborate. I initialized it with boilerplate code from the PyTorch DenseNet implementation. It should be straightforward from here to modify this code to recreate Tiramisu.

These links are old, data here is missing or still in video format. There are newer alternatives like PASAL VOC and MSCOCO, but the authors don’t provide benchmarks for these.

Do we need softmax on the final layer when doing inference? Won’t the result of argmax be the same without it?

Think you only need softmax for training (since it’s differentiable). That said argmax(softmax(x)) should always equal argmax(x) and it is quick so no real reason to remove it.

@brendan, just a quick clarification that might be helpful during the implementation:
Last night I implemented the Tiramsu and it’s working as it is, but I need to clean it and replicate the results perhaps first, here is a problem though:

There is this thing called ‘m’, it’s the factor of which the feature map grows, the 103 layered one grows at the rate of 16, except in the paper at the middle it says: 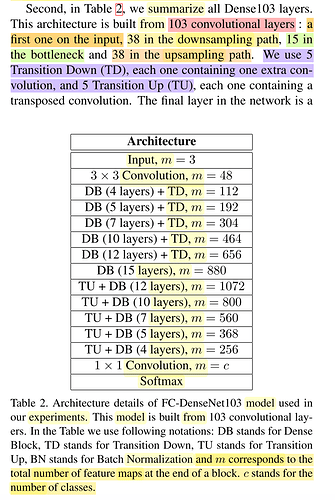 Guys, in case you run into the InvalidArgumentError problem in keras:
I kept running into this many times when trying to access layer outputs from keras architectures which use merge layers, like ResNet, DenseNet, etc. You get an InvalidArgumentError asking you initialize a tf.Placeholder.
I finally found this Github issue which solved my problem.
Just set K.set_learning_phase(0) at the beginning of your script and you are done with it.
It sets a tf.Placeholder to a constant in the tf backend.
OK, it might help in case you are trying to visualize intermediate activations or the like.
And, thanks for looking into this paper. Really excited about it.

I got the pytorch densenet in the bamos repo working. I’m training it now with 40 layers, no reduction, no bottleneck, so far so good.

His repo provides some handy helper scripts like plot.py and train.py. I copied these scripts into our repo and made some modifications. I think these could be really handy for us!

Here’s an example plot. It “grows” every epoch while you’re training: 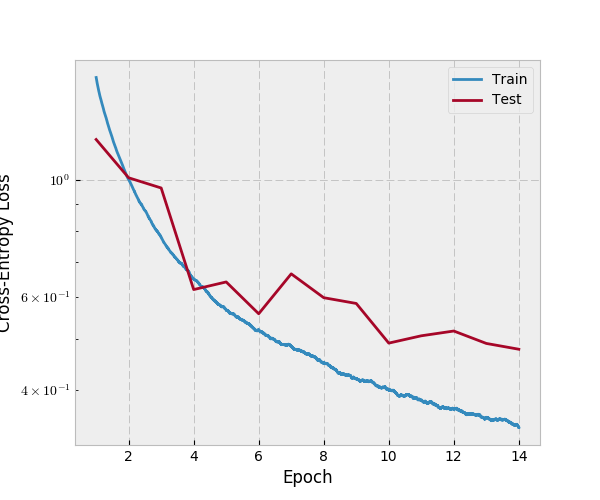 Here’s a cool repo for visualizing the ConvTranspose layer, which we see in Tiramisu. 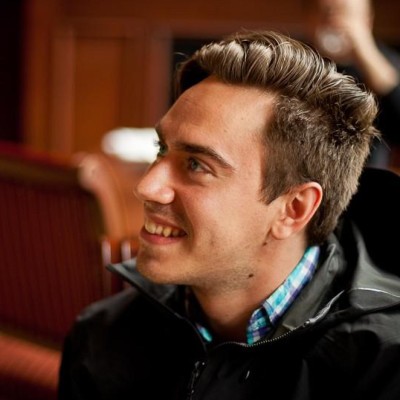 Here’s a cool repo for visualizing the ConvTranspose layer, which we see in Tiramisu.

I was assuming that we should use Upsampling2d & a normal conv, to handle the checkerboard issue?..

Hi guys, I joined this late and I am trying to catch up. I’ve read the paper I am glad to contribute to tasks that are not picked up by anybody yet. I noticed that the 3rd bullet point in the TODO list has no name yet, so I can start from that one. If there is anything else more important I can certainly help too.

@brendan can you brief me what’s expected for this task? Technically speaking there are 4 types, DensNet, DensNet-B, DensNet-C and DensNet-BC. But B and C are not really used (except being referred to once in the below diagram) 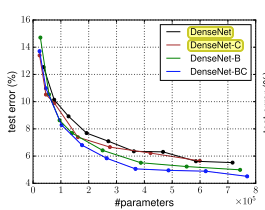 A question that is not the most relevant to this thread, but since the Tiramisu skills can be potentially very useful to the problem domain, I am asking here: in order to get state-of-the-art performance in a self-driving car competition like this: https://challenge.udacity.com/, what do you think are the major areas missing from what we have learned in this course so far?

Using the given data, competitors must:

The first round will provide data collected from sensors on a moving car, and competitors must identify position as well as dimensions of multiple stationary and moving obstacles.

The second round will also challenge participants to identify estimated orientation, in addition to added cyclists and pedestrians

I don’t know why the authors turn off bias for conv layers, but bamos’ PyTorch implementation is consistent with the their Lua code.

Here are my training results. I used 40 layers, no reduction, no bottleneck, but I did include data augmentation.

In the Tiramisu paper they mention a Transposed Convolution with stride 2 in the Transition Up block. However I’m not familiar with the Upsampling2D layer.

We learnt about Upsampling2d when we discussed checkerboard artifacts in class a couple of weeks ago.

Sounds good see you then

Finally managed to get away. Will be 25 mins

I looked into the Keras implementation of DenseNet checked in by @jeremy and noticed a few points that I would like to confirm: 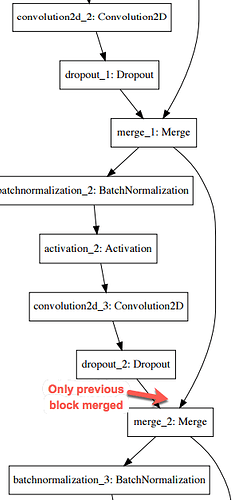 I was expecting something a lot messier visually like this, i.e. all previous blocks are concatenating into the current block: 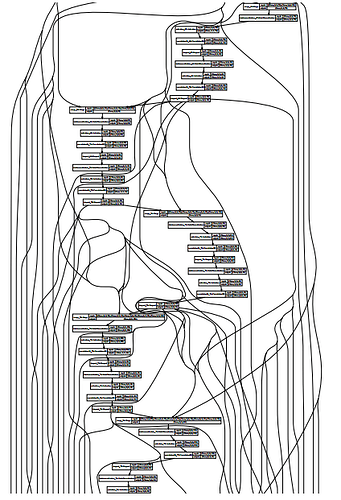 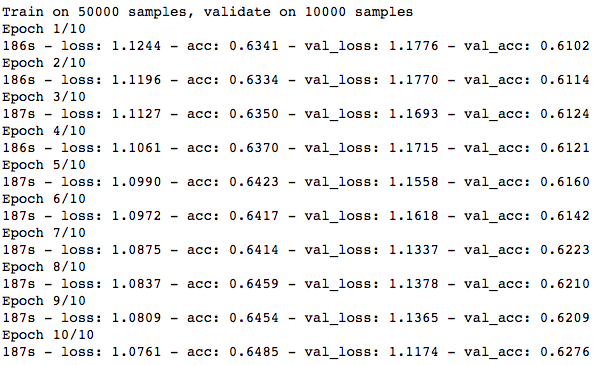 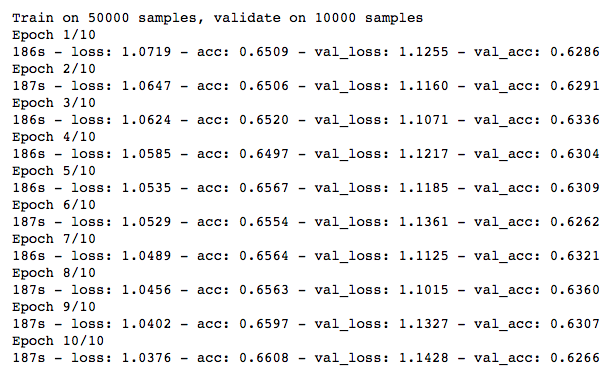 I will do a few more experiments and report back.

The dense_block is not implemented as “direct connections from any layers to all subsequent layers”. Rather, it is only concatenating the block immediately proceeding the block. Is this on purpose?

Exception: This doesn’t apply to the first sub-block, since it has no previous sub-block.

Here’s the beginning of the network:

And so, each sub-block is receiving the outputs of all previous sub-blocks.

Exception: This doesn’t apply to the first sub-block, since it has no previous sub-block.

How did you create this diagram? It’s good.

The concatenation is on the last axis, rather than on the feature map axis (i.e. the first axis). My understanding from the paper is that each layer adds K feature maps, implying that the concatenation is at axis 0. But I guess it does not matter too much because the same information is captured anyway regardless which axis is used.

Axis 0 is the batch axis.

Axis 1 (the second axis) is the channel axis (a.k.a. the feature map axis).

Thanks for your long answers @Matthew !

How did you create this diagram? It’s good.

This is how I created the visualized models. A link is generated after running the below codes. Simply click it to open the generated graph. PS: You will need to install pydot3 and graphviz for it to work.

This is how I created the visualized models. You will need to install pydot3 and graphviz for the below code to work.

You can use “```python” on a line before your code on the forums to highlight its syntax. On the line after your code you’d type “```”. Pasted code has the advantage of being copyable.