This is an interesting challenge: 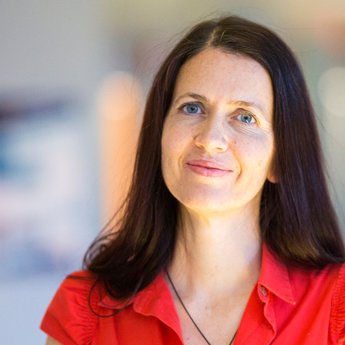 I made a bet that a Naive Bayes classifier would work as well on humor recognition as a neural net with fine-tuned Bert embeddings. I won 🙃 My lab uses neural nets often, but it’s good to remember there are other methods out there that may work just as well for certain tasks.

My guess is you can beat naive bayes using ULMFiT. This is the dataset/competition:

You’ll need to pretrain a Spanish ULMFiT model (is there one that people can download @piotr.czapla @sebastianruder ?) Then fine-tune the LM in the usual way - although better still would be to first fine-tune the LM first on a larger set of Spanish tweets downloaded using the twitter API. Then finally fine-tune that for humor classification using the provided dataset.

Looks like winners get to present a paper showing their approach

Thanks for sharing this Jeremy! Looking forward to trying it out.

I"m planning to give it a try once we fix the ULMFiT in fastai v1.0, I can’t get the version that works with ulmfit-multilingual to go above 0.06 error rate on IMDB, and our winning version was using Fastai 0.7 (with a few modifications that @mkardas did for German hate speech detection). I plan to fix that during ablation studies, although I would appreciate help the paper deadline is close (May 11th).

To form a baseline, you need to run the code a few times as unfortunately, the classifier easily overfits and has different results depending on run/weight init.

All of tar.gzs contains the .json files with all the hyper parameters that are needed to load the models.

If you add the competition to ulmfit-multlingual as a dataset similar to imdb we can train and experiment with different models, and I will try to move our code from fastai 0.7 to that repository, so any work you do will benefit from the fix once we figure out what is causing the current ulmfit-multilingual to perform worse.

Awesome. I just got my acceptance so I’m going to give it a shot. I’m going to try (time permitting) to do ULMFiT and BERT to see how they both perform. Definitely complicates it for me that they are in spanish, but once I get past that hurdle, ULMFiT vs BERT shouldn’t really matter from a technical perspective.

Kevin, how can I help you out with this? I should have time this week to work on it. I’m not a Spanish speaker so can’t help on that part! I can run code for you or update to v1.0 in whatever model you want to run

Updating to v1 is what I’m going to focus on. I would say start there. ULMFiT is my focus but once that is working I’m going to try implementing BERT on fastai v1. Lots of work there, pick whatever sounds interesting to you!

I’d love to help as well

So I have a little repo that does what I think of as ULMFiT for english. Going from raw Wiki103 articles to IMDB classifier with 94% accuracy. All using v1. Is that what you are looking for or is there something else about ULMFiT that is needed? We could easily swap in the weights from @piotr.czapla rather than learn from scratch. Should I try to do that?

What is special about ULMFiT-multilingual? 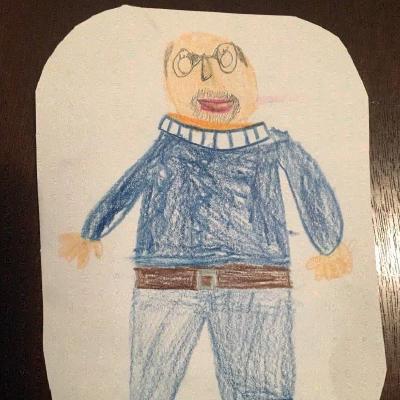 I’ve trained ULMFiT on a different language than english https://dzlab.github.io/nlp/2018/11/22/language-model-training/

Does ULMFiT-multilingual part of fastai? can someone share the link to this project?

FWIW on this I am going to try to pull down a larger Twitter (spanish) data set for LM modeling (or fine-tuning) Script is pretty simple if you have Tweepy installed and have an “authorized” account (just a matter of requesting it.) Code is below if it helps anyone else out. the text file will only be good for LM training (single column with just the full tweet text in it)

I am a native spanish speaker with a good sense of humor. I would like to help.

I have a simple first attempt at this. I am getting about 82% accuracy. Anyone know what the Naive Bayes accuracy would be?

I am getting a lot of xxunk using Spacy. I think I can improve by quite a bit, but want to know SOTA on this data if anyone has it at hand. I can’t find in the twitter link above. 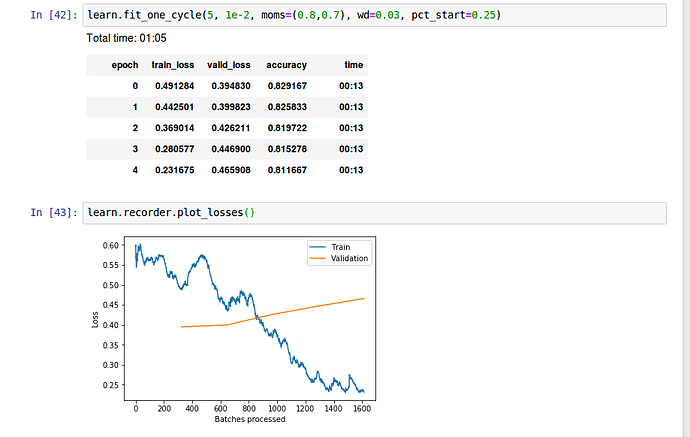 Confusion matrix looks ok, less xxunk from spacy by updating to the “tweet vocab.” I don’t speak spanish, but here are some of the top error tweets as well (second image below.) Going to sentencepiece will increase coverage and remove/reduce the xxunk to nearly zero. That should not be difficult to build out, so I will try that out next (because it is easy!) After that, going to attention based models is probably sensible. Either with BERT for embeddings or TransformerXL (although the text is not very long…)

I am running my Tweet collector for a while longer today. currently have 100k tweets, but they are all small amounts of text, so that is not really very much data. I think with a large enough tweet corpus, we could just train on that from scratch. Any thoughts there? I am open to ideas about what to try out next.

I will clean up the code and put in a repo and then add the link here. That will take a small bit of time, but I will do it so others can replicate results and move forward. 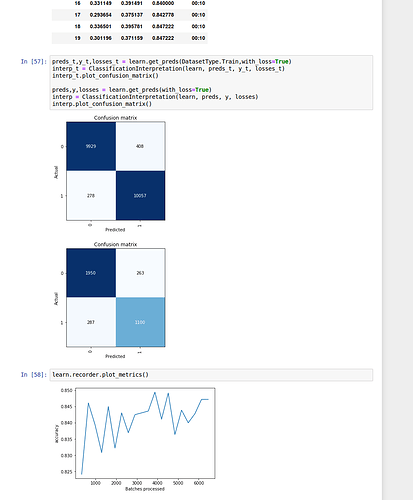 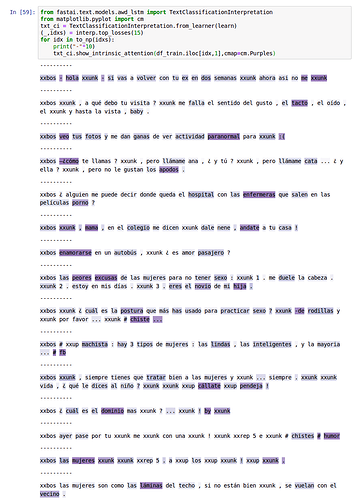 That was going to be my suggestion

After that, going to attention based models is probably sensible. Either with BERT for embeddings or TransformerXL (although the text is not very long…)

We haven’t had much luck with classification using attention models yet FYI. ULMFiT is still giving us the best performance, and is also winning competitions for @piotr.czapla. If you’re able to get better perf with BERT et al then let us know!

BTW @313V do you know what the naive bayes baseline is?

I am working on SP now. Should have results soon on that. More Twitter data will also help.
I found the results from last year for the challenge. If this train/validation split is similar to what we would see in test, than this first pass with SpaCy would be top or nearly top in the competition.

I suspect we can even do better!!

I don’t know but will ask Rada

I have not taken the time to put this code into a repo. Sorry about that delay, but I will get it out for the community very soon. I want others to help me improve it or take it and do better on their own

Two changes that seem to have a positive effect.

Anyway, I am solidly into 85.5% now. That is better than bag of words, but not by enough. I think we can do better. I think that an ensemble with several kinds of tokenizer settings could really help here, but that is going to push it by 1-2% more.

What will bump this by 5% more to over 90%? That is what I want to try and eek out. Still thinking more data will help, so collecting that. But maybe a different/bigger model? Maybe time to try a Transformer? I am open to ideas from anyone else. 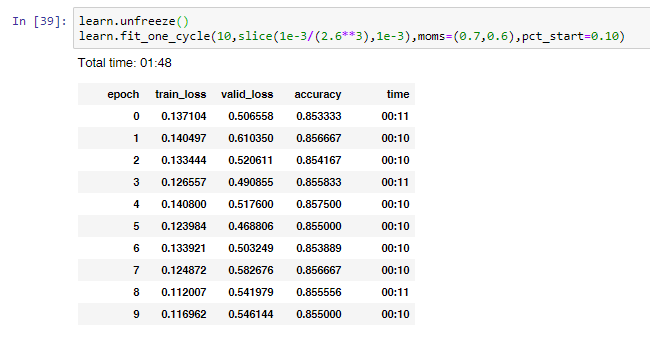 Some error interpretation. Any assistance from a Spanish speaker. These all seem to key off of a particular word or few words. I don’t know if that makes sense in this context. 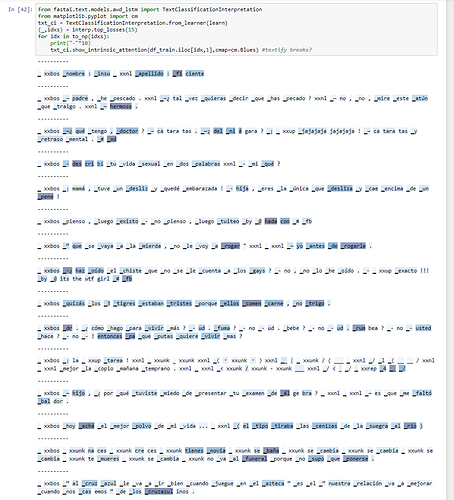 I pulled yet more tweets in Spanish.

What are you using to get tweets?

I agree SentencePiece+Words should improve. Also ensemble with a backwards model (i.e like we did in the ULMFiT paper).

We haven’t had any luck getting SoTA classifiers with transformer BTW, although we haven’t tried with such short docs.

I am using Tweepy with the short script above that dumps to a file. (I could expand the track list and then get even more text.) Then reading in the file and tokenizing in the usual ways. You have to register with Twitter to get it working (private key, etc) but that is free and easy enough to do.

I do think this is a bit of a different challenge in that each text is so short. Attention might work better (or worse!) I will find out and report back here.