I just wanted your opinion about this (and maybe open a discussion about how to deal with local workstation installation).

My local workstation has Windows 7, and I can’t upgrade it to Windows 10. The purpose of this workstation is doing 100% computer vision related stuff with 2x GTX1080. My idea is to avoid using AWS/Paperspace and their costs by exploiting this computer that I have available.

As far as I know, the course will completely support windows. Except for a few installations that might be a little tricky as compared to Linux. You should be fine.

I’ve worked on CV tasks with open cv, I find conda better since the various version handling is done by itself (of dependencies), also the course will be using conda by default so that will help serve you as a common language for debugging/setups if you use that.

Honestly,
install Ubuntu in a dualboot setup with a data partition shared between Windows and Linux.
You’re going to hate yourself doing ML on any Windows, it’s just pain…

I’ve worked on CV tasks with open cv, I find conda better since the various version handling is done by itself (of dependencies), also the course will be using conda by default so that will help serve you as a common language for debugging/setups if you use that.

So, conda over pip for easier dependency management: thanks for answering!

Honestly,
install Ubuntu in a dualboot setup with a data partition shared between Windows and Linux.
You’re going to hate yourself doing ML on any Windows, it’s just pain…

I can’t do this, the OS choice sadly is not questionable.

Sadly pytorch is not supported on windows. So you won’t be able to complete almost any of the course without using paperspace / aws / etc if you only have windows.

I can’t do this, the OS choice sadly is not questionable.

If you have some money to spare, you can buy another SSD card, hook it up to your workstation and install Linux there, and configure grub to dual boot. That way you have your original Windows installation intact, and you do native Linux stuff when needed on this new OS.

I have done it this way.

After reading your post, I was also searching for any L2 Hypervisor which gets installed on Windows, and can support GPU passthrough. Unfortunately there doesn’t seem to be any stable one out there (my search was shallow though). This guy has done it the inverse through, i.e. with Linux as the host OS, he has used QEMU/KVM to install Windows as the guest, and pass through the GPU to it (for gaming ofcourse

) You might explore in this direction as well, with Windows as the host OS.

After reading your post, I was also searching for any L2 Hypervisor which gets installed on Windows, and can support GPU passthrough.

I believe you need a Tesla or GRID card to do this, which cost many thousands for one card

I was in a similar position, with a 1080 Win10 machine for VR. I bought an NVMe drive and installed Debian. No impact on the original system. Would something like that solve your problem?

I cannot stress enough just how much I agree with everyone else encouraging you to find some way to use Ubuntu.

Not only does PyTorch not run on Windows, Windows is a pain to use for machine learning in general. I say that from experience as someone who got a Windows environment working with the GPU for v.1 of this course.

The best decision I ever made was fighting with my laptop and almost pulling my hair out to be able to dual boot Ubuntu with Windows. It was literally maddening to get a stable install but has made working through this course and other machine learning work a hell of a lot more pleasant.

I have a Windows 7 laptop (which will shortly be upgraded to Win10, hoping to use the ubuntu console in that case). Conda/Anaconda was much better in practice for managing dependencies.

The machine is a company owned machine, that’s the reason for which upgrades or OS changes are a tough thing.
I myself found some difficulties while going from part 1 to part 2 last year (but was able to manage all of those with using system python and pip), hence this thread to try and avoid similar issues with the transition from part 2 to part1v2.
This year, given that Pytorch is a no go on Windows, it will clearly be tougher. I’ll try and ask for an upgrade to W10, or maybe a dual boot somehow. It would be a shame to waste 2 1080s like that! Thanks!

You can just use paperspace, of course. Doesn’t take advantage of your GPUs though…

OK, got it… Pytorch is tougher thank Keras, that’s for sure!
So it’s Linux on the local machine vs cloud based approaches. I don’t think the company will be inclined to support using Aws given that there’s a local machine to be freely used, but we’ll see.
Jeremy, thanks again! Hope all is well now with your heart, and my best to Rachel!

Thanks, so on Win10 we just have a Ubuntu bash shell. By the way it looks like this could be a challenging side project! 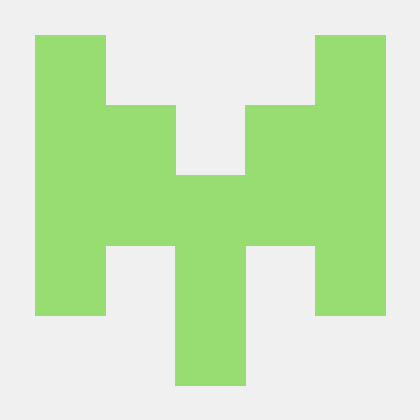 Yeah there is a PR to add windows support, but it was considered too big and unwieldy to merge in one go. I hope someone gets around to creating a version they can merge!

Good to know. It’s been a pain (17.10 is really laggy on my mouse though). I tried downgrading to 16.04 but got stuck on grub cli and so trying to use it here, but I have nothing but keyboard errors even doing simple google searches and the mouse sticks every few seconds (really terrible even though I tried modifying the settings).