I am very interested in the Diabetic Retinopathy challenge on Kaggle. In essence, the main difference in the two challenges is that the first attempts to classify images of dogs into one of roughly 120 breeds, while the second classifies images of retinas into one of five stages of degeneration leading to blindness.

I have basically changed a line of code in the Dog Breed Jupyter Notebook to format the retina data in a consistent manner. 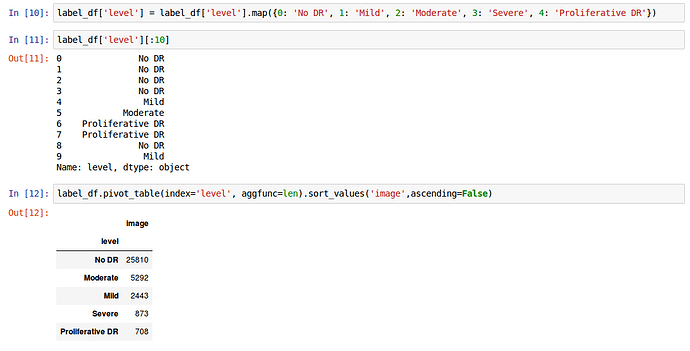 I’m running into an error near the end of the notebook. What seems to be happening is that the tmp file that the notebook creates to process a group of images at a time, seems to run into issues when working with a significantly larger number of images.

The code seems to be looking for a specific image to analyze in the tmp folder that is not present at the time the system is trying to access it.

Now when I check the train folder, I discover that the image is in fact present. 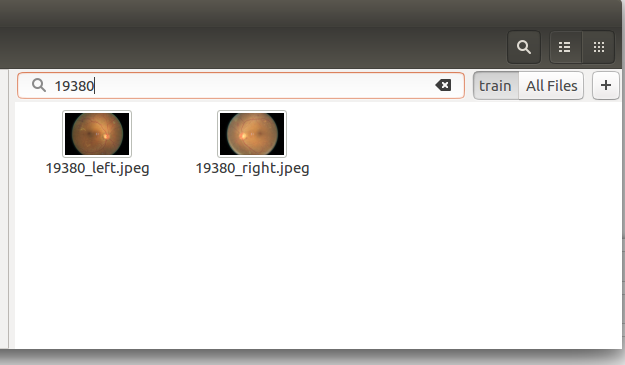 Inspired by this post, I decided to try deleting the tmp folder and setting val_idxs=None.

This lead to the line…
data = get_data(sz,bs)

Do to the impracticality of that approach, for this dataset, I moved on to this post that seems to advocate for an approach to loading data based on using a percentage of the data. Based on which I changed val_idxs to the following:

This, once again, resulted in an error involving tmp.

In all honesty, I am not really clear on how val_ixds works, even after reading a couple of forum posts on the subject. I do find it interesting that in my first example there was an issue locating part of the training set, while in the second, the issue was with finding an image in the test set.

As an update. I was able to get some models trained by changing the batch size to 61 and altering the last line of the get_data(sz, bs) method as follows.

Line 26 took well over an hour to run and I am still not sure of the implications of altering the method or how robust my “work around” is for loading the data.

re: # return data if sz>300 …
could it be that ‘image resizer’ has not finished the particular image when dl tries to read it? You could test that if you restore the original code (uncomment) -> run cell ln[22] get_data(sz,bs)
then wait for some time: check tmp folder, when all files are ready, then run next cell ln[23] learn = …

I appreciate your reply. Based on your suggestion, I inserted time.sleep(150), after having called import time. This seems to have taken care of the issue.

I have issues with that before, especially when training for the iMaterialist competition. The solution I found was just deleting the tmp file in the diabetic retinopathy folder. and rerunning the get data with tmp enabled.