UNOSAT used fastai.ai for their FloodAI model - Discussion on how to move forward

Hello all and @jeremy,

You can find all the details in the paper and a Jupyter Notebook with all the steps for the training of our latest model is here: https://github.com/UNITAR-UNOSAT/UNOSAT-AI-Based-Rapid-Mapping-Service/blob/master/Fastai%20training.ipynb.

However, here a summary of the steps we followed:

We ask support to this community if you have any suggestions on how to increase the performances and generability.

Thanks a lot for your help,

First, congratulations! It’s awesome to see fastai used for such an important project and in this environment!

In regards to Mish and ranger, I notice you guys are using fastai v1. I have some example notebooks using them here, however if you and your team wishes to come to fastai v2, I have notebooks for that as well here. Otherwise you could also of course increase the model depth to a resnet50.

I would not try to mess around with the xresnet series, as fastai’s unet doesn’t play well with them. (until someone decides to make it work

PS: Would also recommend putting the version of fastai used in that notebook, as currently pip install fastai will install the new version which will break all your code!

There have been good results using dlated convolutions on Unets. Other idea are switching completely the UNET model for something like DETR (based on transformers).
I would also like to know what are he best practices on segmentation these days.

I would not try to mess around with the xresnet series, as fastai’s unet doesn’t play well with them.

Can you say more about this? What have you seen? Do you have an example you can share?

Thanks so much for sharing @enemni, and congrats on your great results!

BTW, the fastai paper is also published in an mdpi journal, so both them I would probably be grateful if you updated your kind fastai citation to point at the paper: 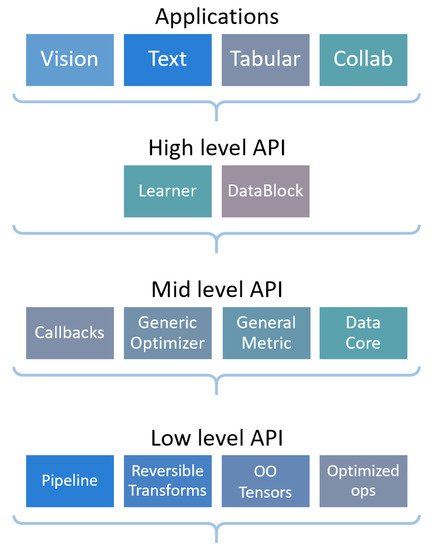 (I know it covers v2, and you used v1, but it’s probably still better than citing the gh repo, since that’s v2 now as well!)

Can you say more about this

Not moreso seen, just having custom backbones inside of unet isn’t easy to do. I tried getting xresnet to work and had some headaches. (However just tested this now and it does work OOTB! Sorry! Not sure if something changed along the lines since I tried it or what

, this may have been EfficientNet I was thinking of)

The full list of albumentations can be found on their website. As you are using satellite images maybe random rain, random snow or random fog instead of the regular augmentations; https://github.com/UjjwalSaxena/Automold--Road-Augmentation-Library. Another interesting albumentation is Mask dropout (which was used as part of the 1st place solution in this Kaggle competition https://www.kaggle.com/c/severstal-steel-defect-detection/discussion/114254)

For example you could have a batch that takes in multiple albumentations:

There are also other models that you can experiment with for example torchvision.models.segmentation has a range of models which can easily be used with fastai.

I have a notebook that uses albumentations in fastai, however it is based on the latest version and not v1 however I do not think it would be difficult to still use if you wanted to experiment.

fastai v2 includes cutout, which is rather similar. There’s also a tutorial showing how to use albumentations, but note that fastai’s augmentations are much faster, since they run on the GPU.

Tutorial - Assemble the data on the pets dataset | fastai

Hello @jeremy, I notified the journal. Keep you posted

This is simply great work! Thanks for sharing this here

Is there a chance that you’ll share the final trained fast.ai UNET model or the training data as well? I have a similar project starting next week and your model would provide a great baseline !!