Understanding the concepts of default boxes in SSD 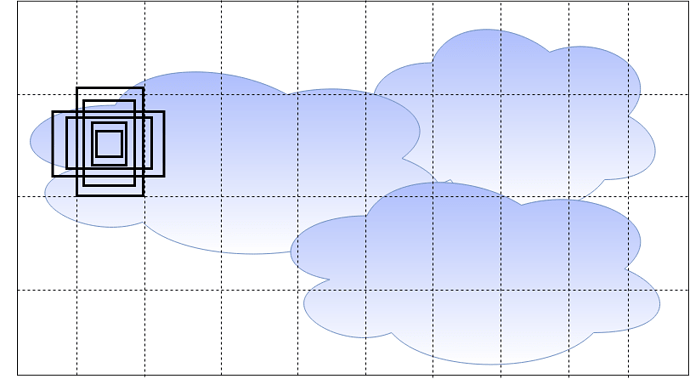 A default box (also known as anchor box) is just an initial guess for what the bounding box is likely to be. What the network actually predicts is a refinement of this guess.

Thanks @machinethink I will definetly read your blog. How can we map default boxes to each feature map cell ?

So default boxes are nothing but values predicted by our CNN ?

No, the default boxes are chosen up-front by the designer of the model. The CNN predicts how the boxes are modified to become the final predicted bounding boxes.

@machinethink your blog post for object detection is really awesome.

The network predicts changes to each anchor box. In other words, for each anchor box it predicts an offset for its x/y position and a scaling factor for its width and height.

When there is an object in the image, the detector chooses the anchor box that is closest to that object and has roughly the same size of the object. So the unmodified anchor box should already give a pretty good detection for that object.

The detector could just say, “hey this anchor box is the best match for the object” and leave it at that. But even though that anchor box will be the closest possible match from all the available anchor boxes, it’s still not an exact match. That’s why the model also predicts how the anchor box should be tweaked (x/y offset, w/h scale) to fit the object better.