Thread for Blogs (Just created one for ResNet)

Good job! You should credit the source for those images you included, BTW.

Case Study: A world class image classifier for dogs and cats (err…, anything)

@all would love your feedback.

@jeremy Do you think we should create a new topic, so that we can post our blogs as new topics? Feel like this thread will otherwise never end, or at least be very very long …

@all Also, I created a “Fastai” tag in medium, so i think that could help us organize our blogs into one category.

Hey I really like that @apil.tamang ! One minor issue: we are at USF, not UCSF.

I’m not sure about one thread or many - personally I don’t mind long threads, but others I’m sure have their own opinions.

Just published a how-to on contributing to fast.ai framework:

I’m a student in the 2nd version of fast.ai’s deep learning MOOC and also a big fan of contributing to open source projects. The latest…

btw, I couldn’t find the “fastai” tag, but if anyone is interested in retweeting this my twitter handle is: @0hm30w

Feel free to tweet the link, and that would be my honor! I’ll make the change on USF, and add in a line or two.

I have created a ‘DL’ list on my handle for finding all the news/activity in one place.
My Handle is bhutanisanyam1

Another entry from me

A practitioner's guide to PyTorch – Towards Data Science

I started using PyTorch a couple of days ago. Below I outline key PyTorch concepts along with a couple of observations that I found…

I had a tough time with some of the issues I encountered and some of the info I share could have saved me quite a bit of frustration and time. Also, I kept reading about the dynamic computation graph but the idea is way cooler and simpler in practice than the name would imply

BTW I fully realize we are not getting into the nitty gritty details of PyTorch just yet, but who knows what the next lecture will bring

The official tutorials are really good BTW and I would fully recommend them - which I actually do in the post - but probably some of the info could have been made a bit more explicit or had I had more recent experience with numerical computations, I would have probably not run into some of the stability issues. Anyhow, probably more people are in my shoes so maybe the post can be of help

Estimating an Optimal Learning Rate For a Deep Neural Network

The learning rate is one of the most important hyper-parameters to tune for training deep neural networks.

I added links to few other Medium posts from this thread into the end of my post. Cross-linking will help to get more traffic to our blogs in general.

I really like this! And I love the idea of cross-referencing other materials that can help explain things.

One thing that this post and everyone’s post should mention is that you’re taking the new course in person, and that it’s not available to the general public yet - but will be at the end of the year at course.fast.ai (which currently has last year’s version).

Thank you, Jeremy. I added this note to my post.

Blogged about it here:

Nice job @anandsaha . Although I think you’re confusing some issues:

So I’d suggest covering SGDR, not CLR, since SGDR solves the same problem but better

Thanks @jeremy for that feedback!

The learning rate finder happens to be mentioned in the CLR paper, but has nothing to do with CLR otherwise

I mentioned the upper and lower rate finder as mentioned in the paper, was it not it’s original contribution?

SGDR is not an optimizer, it’s a different annealing schedule

CLR is an annealing schedule that’s not used at all in the fastai library.

Yes I mentioned that ‘The fastai library uses CLR to find an optimal LR and SGDR as the optimizer.’ Now that I see your post, you mentioned fastai used the idea from CLR. I will correct it. Will that be appropriate statement?

So I’d suggest covering SGDR, not CLR, since SGDR solves the same problem but better

Absolutely! I am going through that paper

Btw I also discovered that fastai student Brad Kenstler implemented the CLR scheduler in keras which got ported to PyTorch awating review to merge to master. Amazing! 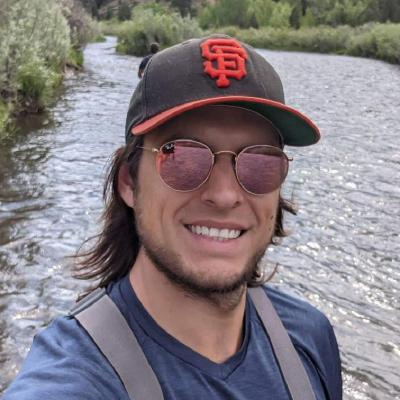 Contribute to CLR development by creating an account on GitHub.

I mentioned the upper and lower rate finder as mentioned in the paper, was it not it’s original contribution?

No, the main contribution was the idea of continuously moving the LR both down and up. Previously people had generally only decreased LR.

The idea of the “LR finder” was an additional contribution, but is largely orthogonal.

So I used an idea from the CLR paper (the idea of the LR finder), not the idea.

Hope that clarifies a bit…

Got it, thanks for the insight!

I found that his implementation of cycling is different than fast ai’s pytorch. He updates rates in a linear fashion (increase and decrease). Whereas fastai’s pytorch decreases with cosine annealing and immediately restarts back to the upper learning rate. See the difference in the LR plots:
Fast AI Pytorch 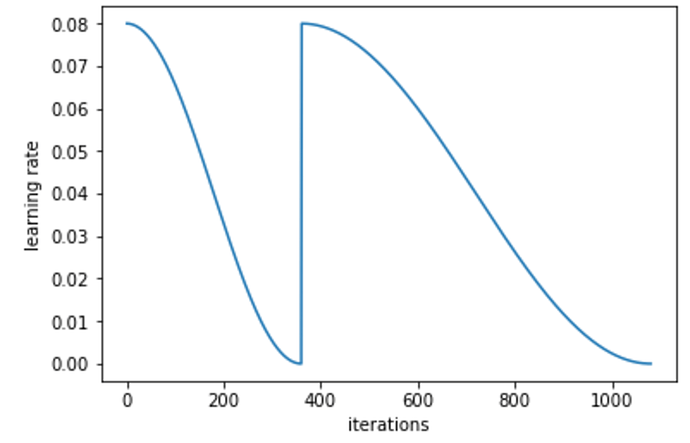 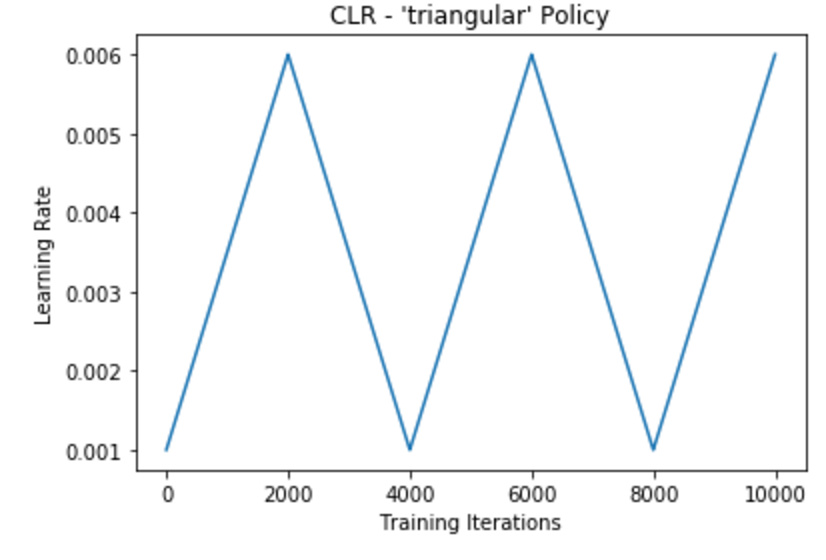 I found that his implementation of cycling is different than fast ai’s pytorch. He updates rates in a linear fashion (increase and decrease).

Yes, the one he implemented (and I wrote about) is for from this paper.