They wrapped Deep Learning with an interface? My GPU is in the mail! Now what?

I’ve been out of coding practice for ages, but what I saw for my short stint on free Crestle was everything I’ve wanted to work with since the University of Washington in the late-1980’s/early-1990’s wishing I could have majored in cyborgs in addition to designing cutting-edge music software amid our thriving local Seattle music scene. Let’s just say my new Alienware 15 Nvidia GeForce with maxed out memory and CPU is in the mail (with payments to follow me to the grave…). If I chose wrong, please tell me now.

Initial instincts were to make my Cats and Dogs project about Nissl bodies and Futurama brain slugs to help promote the BRAIN Initiative. Lately I’ve been pushing Deep Learning biology on Twitter as if the future of humanity depended upon it. I composed a song where two parts overlap causing a fresh new beat I’d like to pick apart like conversations in a room. Satellite imagery and street views are also of interest. Personally, I’d like eyewear that points out who’s on Santa’s Naughty List,

What I’m hoping to discover from the fast.ai community are guides to best practices. I mean, this will be my first laptop computer, so that’s going to be a learning curve in and of itself. I tried some cheap notepad thingy years ago, but the system would click buttons I barely hovered over, so I didn’t use it. I kind of have a slight idea of what to do first when the Alienware arrives regarding updating antivirus and and OS first, but paramount is getting fast.ai set up properly and working in the three-day idle period after delivery, and all this GitHub stuff is new to me, even though I’ve had a project on there since ages ago that eventually became obsolescent with the advent of JavaScript’s Map() object.

I saw that there are directory tree patterns to abide by for fast.ai development. How about best practices for naming my new system? For instance, Anaconda installation balked that my Windows username contained a space (in the directory name). After setting up a secondary admin account to install Anaconda, running Python pestered for writing privileges, and mklink failed. Having to explicitly run the box as Admin every time would be an unbearable workaround. Granted, that was not on a fast.ai compatible system.

Several years ago while watching the new Stanford lectures on stochastic gradient descent, I was aghast at how random their guesswork was in determining the the proper step size. I still am after watching the fast.ai guestimate where best to set the value by eye rather than run some tests to find the most optimal slope (for a given situation). It’s not like we have to wait 10 minutes to test it nowadays…and by “we” I mean “me too” as soon as I get up and running to join the club.

I’m also looking forward to the prospect of working with Augmented Reality so that I don’t accidentally run over Ned Flanders on one of his infamous Fog Walks, if you’re familiar with The Simpsons. There’s just so much I want to try with the fast.ai software engine, and I’ve only barely scratched the surface of the lecture series.

You really don’t know how giddy I am encountering your 2018 videos late at night the other day. I describe it as feeling like I just got to test drive an exotic sports car (without the worry of crashing it), and compare fast.ai to Backyard Brains in that they both bring university graduate technology to any science classroom. https://bit.ly/2ttDi8e

So is there a web page or ten I should read along the lines of, “So you have a new $4K electronic baby to nuture”? What do I teach her? What don’t I teach her? I mean, it’s one thing to create a cyborg; it’s another to teach it not to be a jerk.

Speaking of AI being a jerk [Hal says what?], social media keeps raising the infamous Trolley scenario along the lines of, “If the self-driving car has to hit one target or the other, which one should it choose?” Let me refer back to the Santa Claus List example I mentioned earlier in which facial recognition can tell who’s been Nice and doesn’t deserve to be run over, and, well, even if the car can’t see the good person’s face, it knows either what they’re wearing from prior intelligence in order to protect them, or that the other choice flags positive for “dive bar hustler”. (This, of course, is only possible in nations which pride themselves on individual rights rather than succumbing to cultural groupthink.)

As a correlate to this scenario, when I found myself running a red light in Germany and needing to choose between rear-ending the Mercedes in front of me or the Porsche to the right, I chose both/neither by steering between their lanes stopping just inches beyond both of their bumpers short of scraping up their rear panels. Whew!

@SkewsMe I’m not sure if the alienware 15 is the best choice.
Where are you ordering it from?
And what were the reasons for picking it?

I’m certain of better Laptops than it.
Also, I’d highly suggest putting together a “Rig” over a laptop unless your only go is a laptop-like the case with me.

Some alternatives that I think are better priced in terms of laptops:

Looks like I need to chat with NewEgg.com (#135 in chat queue)

Knowing me, I’m sure I’ll write a “So you need a fast computer for college” article about this.

I’m skeptical about Dell’s pricing
and as to why are you choosing a laptop over a desktop setup.

Don’t worry, my Alien baby will be sent back to planet Dell just as soon as the stork drops it on my doorstep. 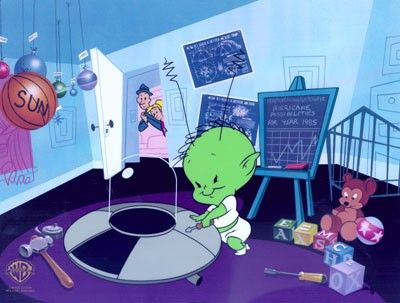 My opinion: you have a lot of enthusiasm and seem to have had a bit of an impulse buy with the laptop.

Take a bit more time before you finalize your purchase.

There are numerous forum topics and articles about building rigs for deep learning, and there are many factors to consider when making your choice.

Laptops are not recommended, but there is a topic on options if that’s the only way.

There is also the option of renting a virtual machine from e.g. paperspace or google, until your understanding of what you need/want deepens a bit. This is where I am at.

Today, you might be excited about getting a 1070. Maybe in a few months you’ll wish you had gotten a 1080Ti? Or maybe you’ll have moved on to other projects and won’t need a gpu after all.

Welcome aboard and good luck on your AI journey!

I could write a paper: When sales people go too far.

Meanwhile, there’s an amped-up one-step-away-from-maxed-out Alienware laptop just itching for a discounted purchase wherever they post it for under 4 grand. MS Office included for spreadsheets and that Russian “phone-off-the-hook” antivirus also installed.