So you want to build a Deep Learning AI computer system?

Let me first say that I don’t know the first thing about building a Deep Learning AI computer system, but what I do know is that we absolutely require NVIDIA GPU’s, and GeForce 1080 8GB is the flavor of the day. Limit 2 per customer. 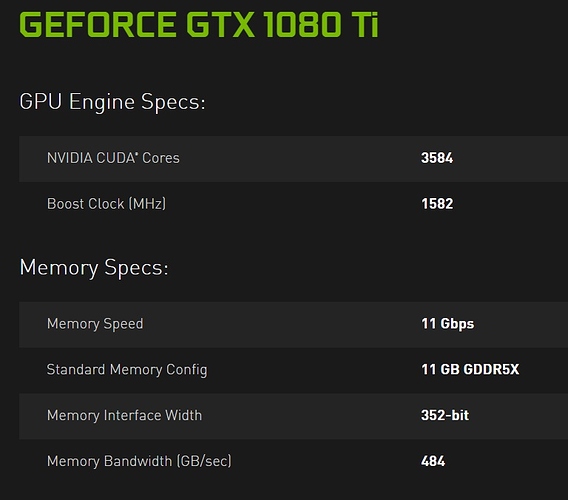 Interesting that the Boost Clock specification decreases with price. 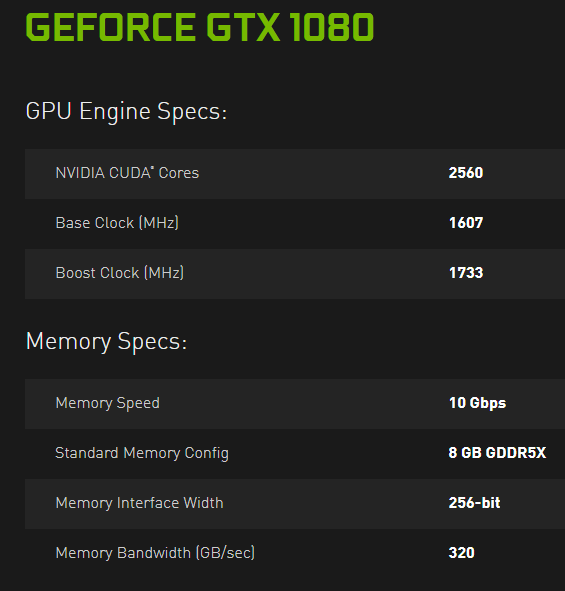 In order to build a SLI-capable system, you need the following:

NVIDIA provides a list of motherboards that are Quadro SLI Ready in a dual GPU configuration.

In the meantime, hopefully application-specific integrated circuit (ASIC) mining will replace the GPU as the primary means of acquiring cryptocurrency.

As for the CPU, I understand the Intel® Core™ i7-8750H Processor with 6 cores should suffice for initial Deep Learning needs, available for approximately $300 through an online search. 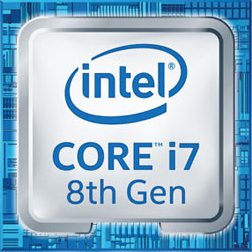 Check the existing threads on here for much more rich discussions.

NVIDIA Multi-GPU Technology intelligently scales the performance of your application and dramatically speeds up your production workflow. This delivers significant business impact across industries such as Design and Manufacturing, Media and Entertainment, and Energy Exploration. 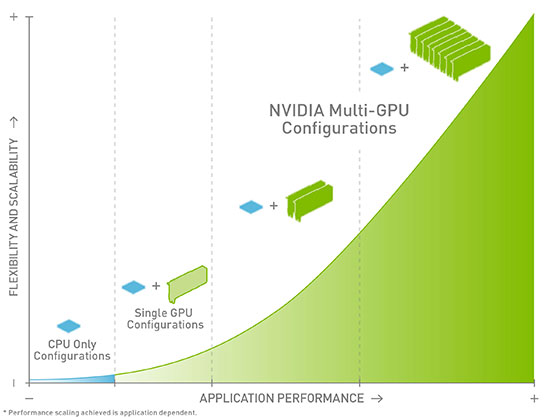 Thank you very much for some of the interesting links. They are quite helpful for me as I too was planning on getting a computer system for myself in the near future.

I will just link another thread Build your deep learning box: wiki thread which also has a lot of useful stuff.

By the way, what budget are you aiming at? I think according to this http://www.trustedreviews.com/reviews/nvidia-geforce-gtx-1080-ti-performance-and-overclocking-page-2 the GTX 1080ti has quite a few more advantages than 1080 in performance and the extra 150$ seems worth spending (again only when it is restocked). On that note, anyone knows how long does it take to re-stock 1080ti ? I think since the past two weeks it has been out of stock. Any other place where one can get 1080ti?

Throw enough eyes on the problem, and we’ll get an itemized list of exactly what to order, where to order it from, and who will assemble it for us.

In order to build a SLI-capable system, you need the following:

You don’t need SLI for a multi-GPU deep learning system.

I wrote about mine: https://medium.com/@ernststavroblofeld/yet-another-deep-learning-build-yes-but-this-one-wont-break-my-bank-account-8af7c9c1357a

@balnazzar I posted a plea to pcpartpicker in which I’ve included your link.

When working with live audio and video for real-time processing, how best to handle the input to the black box?

Would digital signal processing (DSP) music software take advantage of GPU? I really miss MAX, and wish I could have been able to use it on the NeXT with real-time frequency modulation (FM) synthesis on a card back in the day. I just wrote them about how fast.ai might use a front-end to help automate the process of finding the best slope for the loss function. 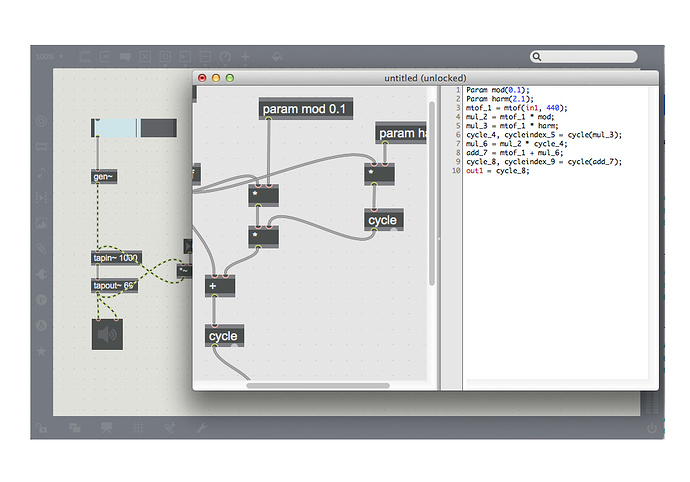 Thank you for the interesting insights, there is another quite active topic about this: http://forums.fast.ai/t/making-your-own-server/174/551

Another interesting thread about hardware-related stuff was started by Jeremy. Search for it. Do not buy unless you are well informed.

Today is June 21, 2018, I’d like to have the environment installed in my MacOSX, which has the NVIDIA GeForce GT 750M, which has 384 CUDA Cores… according to this: https://www.anandtech.com/show/6873/nvidias-geforce-700m-family-full-details-and-specs/2 [40%20PM] Then when executed the command: conda env up, the error shown was ResolvePackageNotFound: cuda90 Did a google search found this page seems like FastAI does not support MacOSX, according to the @jeremy https://github.com/fastai/fas…

As my plan unfolds for the brain in a box, so far there are a number of custom setups we should strive for:

Thinking of potential builds, for the professional is the black box ssh I/O to crunch numbers 24/7, the type of system that might reverse engineer planarian regeneration after the boss takes the first stab at it, security bots needing real-time I/O, and game bots where “While in Rome” I have a chip with which to toy.

“A planaria can be cut into 279 pieces, and each piece with regrow into a complete worm.” — bluedoorlabs

“Garbage in, garbage out” they say in computer programming. After teaching 39 generations of fruit flies how to count, the 40th were born already knowing how. This works in people, too, be it a predilection for music or domestic violence. Intelligence, or lack thereof, is inherited. Now how do you program it?

Geneticists Evolve Fruit Flies With the Ability to Count

A team of geneticists has announced that they have successfully bred fruit flies with the capacity to count.

QUERY: I know there’s a web page listing all the DNA shorthand codes. I’m wracking my brain trying to locate it again.

The 1950’s found Robert G. Heath putting brain implants into human subjects (not a nice guy, by the way), while the 1960’s had Dr. José Delgado at Yale make them remote-controlled, his famous front page New York Times article letting folks know the future (whether they’d realize it or not).

The bible of brain implant technology is Delgado’s 1969 treatise “Physical Control of the Mind: Toward a Psychocivilized Society”, though I understand the later editions are updated. 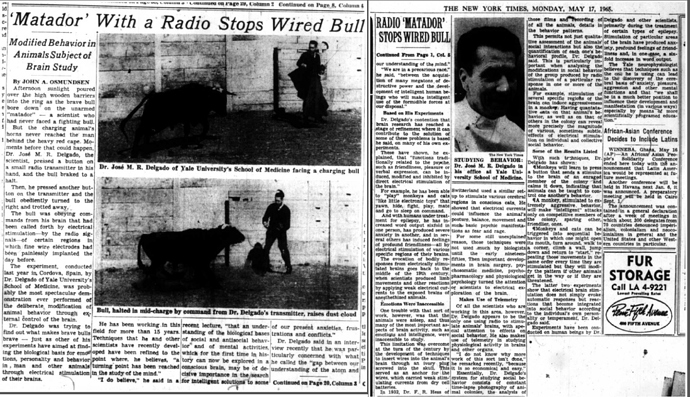 In 1985 to CNN Delgado would speak of using electromagnetic energy frequencies instead of direct brain stimulation by electrodes.

Fast forward to NASA’s 2004 subvocal speech BCI that I heard Delta Force uses which is being tallied at the moment for popularity points among a commercial product. 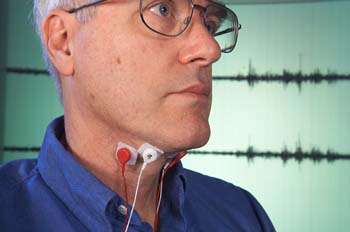 In related news are modulated microwave bursts. (My condolences go out to our diplomats overseas currently experiencing “health attacks” as the assaults read in the papers.) 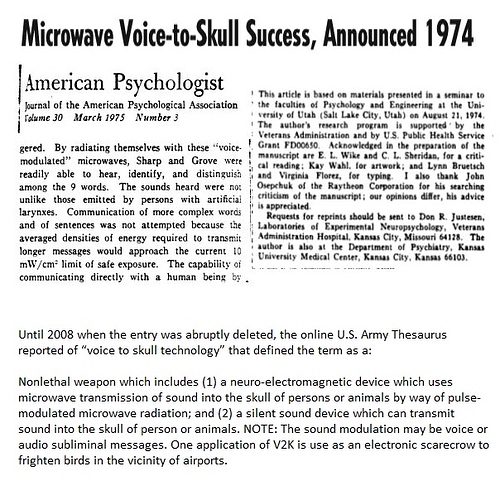 Note to self: write tune: “Ode to Lida [machine]”

Anyone know the specifics of this build? 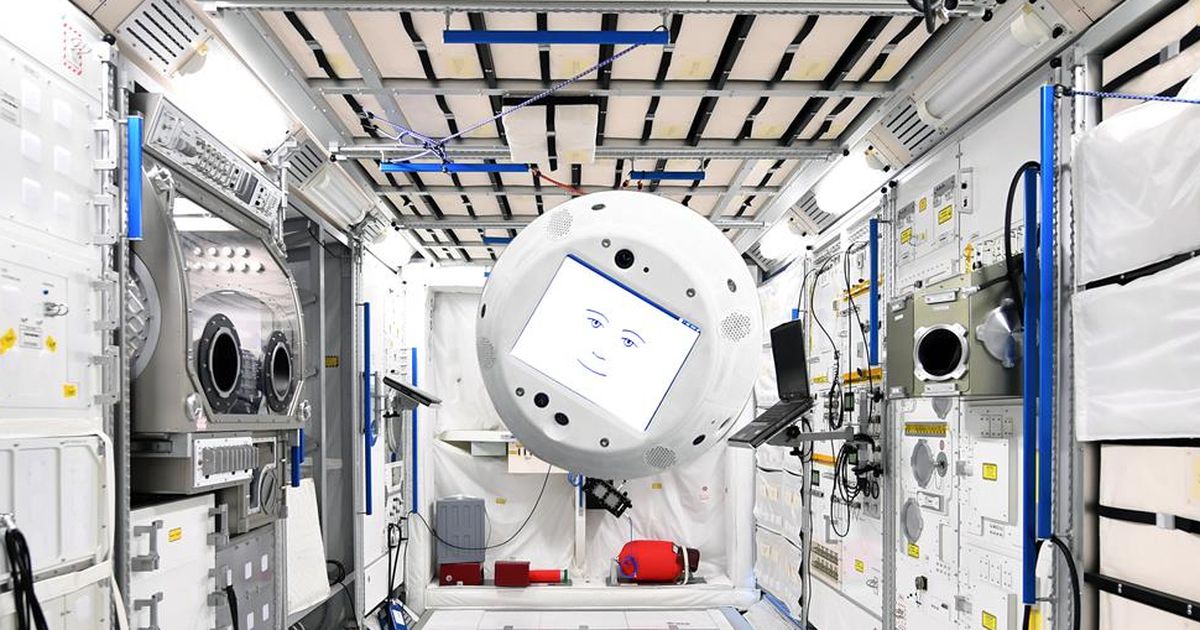 Seriously - this is not a forum for SPAM.

We’re at war, sir, despite outward appearances, and terrorist activities are thwarted thanks to AI pattern-spotting software that needs to be improved upon.

All it’d take is taking out the NVIDIA factory(s) to shut down the US AI lead.

You’re conflating too many things.

It doesn’t really make sense to answer a complex question with simple cliches.

In short, this is not the forum to sell your stuff. If someone wanted an NVIDIA (and they are for the moment the only game in town), there are a hundred websites where they can be found.

The US arguably no longer has the AI lead

This is questionable. The top AI scientists still reside and work in the US. The vast majority of money thrown at AI comes by US companies. (Please note I am european).