First of all, if you’re starting your journey in Deep Learning, make sure you use a platform that allows you to spend time experimenting and learning, not configuring machines, running instal scripts or assembling hardware.

That being said, if you want to use Docker as a platform, I’m sharing the container I am using and intend to keep up to date throughout the course. You can find it and the instructions here:

Then all you need to do is, clone the Course repo and you are ready to go:

Could you create a quick tutorial and explaination, I am a huge fan of Docker, but still I am not confident to set it up. What kind of resources will it use? If we will use a local VM on our PC I guess it will still use our GPU correct?

as I mentioned, if you are not a regular Docker user, you might be better off with Paperspace or Google Colab, which are probably easier to set up. The prime goal should be focus on getting as much out of the course as possible. (There’s always time to learn Docker

That being said, on the container page, the instructions that should get you up and running are available in the description: https://hub.docker.com/u/zerotosingularity/fastai2

I haven’t created a special tutorial, as the instructions vary per platform, and you don’t need to do any other that following those.

Hope that helps, if not, I’m around

Awesome,
So it seems that you need a good computer. As soon as I will have a good laptop I will do that for sure. Thank you so much @zerotosingularity
Best Regards

Hi @zerotosingularity If Docker is used with my Windows 10 64-bit machine, will the GPU accessible?

In general I would not suggest a laptop for deep learning. Desktops in general have better thermal properties, which allow the GPUs to continually run at full tilt hours on end.

Better to setup your jupyter notebooks to be accessed over ssh.

I have looked at the FAQs from NVidia-docker and Windows is not supported.

Searching the Docker forums, it seems that in general there is no GPU access from the container (not tested)

(The final comment on the last link seems to suggest otherwise, but the Tensorflow Docker documentation does not provide more details on using Windows)

I have updated the container documentation accordingly.

@jcatanza i dont believe so, at least not with a linux container. https://docs.microsoft.com/en-us/virtualization/windowscontainers/deploy-containers/gpu-acceleration#run-a-container-with-gpu-acceleration . i spent some time looking at something kind of similar, wsl, until realizing it also does not support the gpu with linux.

@zerotosingularity - Awesome! Thank you for putting this together!

I think this could be put into the docker as a command on first boot or to have it pull the update on each boot in bash_rc or similar.

Also, is this image pulled from GitHub too? What is the link for the script code?

nbconvert failed: xelatex not found on PATH, if you have not installed xelatex you may need to do so. Find further instructions at https://nbconvert.readthedocs.io/en/latest/install.html#installing-tex. error.

manually run fixes it, so this could be added as well. It is needed for running the gv code in the first notebook for the course.

I try not to put data in the container, but load it as a volume after… The container “forgets” all changes once it restarts, so data is preferably kept out. My 2 cents

The script is not public yet, so far…

I’ll try to find some time to look at it and keep you posted.

Seems to solve the xelatex error, but be warned this way oversolves the problem and is around 4gb. Probably something similar to texlive-xelatex as a package would solve this but for anyone following this thread too, this will add pdf and tex output support.

Awesome! Thank you for looking into that. If it’s adding 4Gb to the image, I hesitant to add it by default. For those who really need to print, your install it pretty easy…

I’ve also been able to create a docker container which runs course-v4. I’m new to docker so approached the problem by writing a bunch of shell scripts. The scripts are a work-in-progress.

The work-in-progress scripts are at https://github.com/BSalita/docker_ubuntu_fastai2

I just published my script to deploy fastai2 image classification models with docker. Please let me know if there are things than can be improved 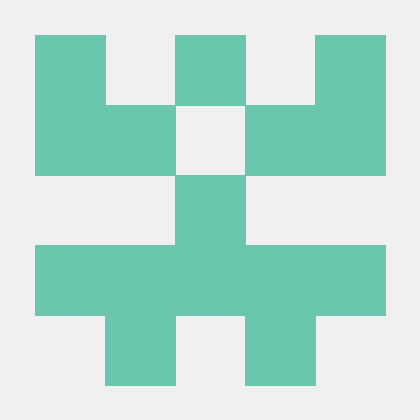 Deploy fastai2 models with Docker. Contribute to floleuerer/fastai2-docker-deploy development by creating an account on GitHub.

I can’t seem to edit the original post, but there are official Docker images available now. You can find them here:

We’ll keep our images available so feel free to use them if you like:

This is how I setup the course documents with Docker on Ubuntu using the official docker images. Using volumes so that my work is saved:

Note: You should already have installed nvidia compatible docker, nvidia drivers, and git should be available.

You can also save the run command in an sh file by saving the command on the second line of a text file with #!/bin/bash on the first line and saving the file as sh, and then you can just run the sh instead of having to run the entire large docker command.

Hi @zerotosingularity if i use ubuntu on my laptop (i have an integrated intel graphic card), does the docker give access to the gpu? or do we need to have the gpu on machine?