After spending a couple of bucks on AWS, i decided to build my own DL Machine rather earlier. I have a desktop machine containing:

I am new to Ubuntu and DL so am trying to optimize the system under Ubuntu. The particular issues i have- 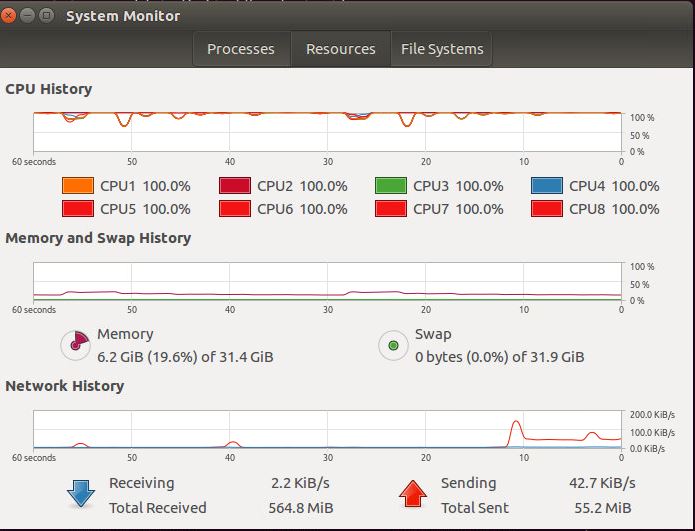 I think there is somewhere problem as the notebook should be using the GPU more than CPU. The settings in .theanorc are

Anybody has idea where and which setting i need to change to make it use the GPU ?

here it is saying cpu_fan 0 rpm which obviously false as CPU is on full utilization and fans are working. It is taking more than an hour to train the model so far.

any help on this will make my DL experience much better

with the default settings (through install-gpu.sh) I have following entries in the .theanorc file 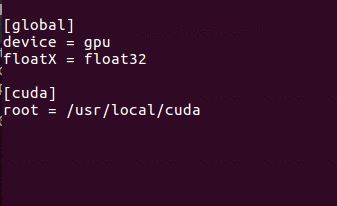 but then i get this error while trying import utils :

The error says to replace “device = gpu” with “device = cuda” in .theanorc. Give that a shot and let us know what happens. You will need to restart your Jupyer notebook kernel and reimport theano.

Note: Theano is no longer being developed (source), and you should switch to another framework eventually. Consider PyTorch or Tensorflow. Depending where you are on your fast.ai learning path, one may be more appropriate than the other.

Here are some PyTorch versions of some fast.ai part 1 notebooks:
https://github.com/recastrodiaz/fastai-course-1-pytorch

Here’s a thread with some more PyTorch learning resources:
http://forums.fast.ai/t/part-1-notebooks-in-pytorch/3114

I don’t mean to overwhelm. If the theano change works, it might be better to go along with it for a while and switch after seeing the deep learning concepts in action.

s. You will need to restart your Jupyer notebook kernel and reimport theano.

thanks for the quick reply.
I tried replacing to device=cuda then i get below errors:

when i try to import theano i get this error:

WARNING (theano.tensor.blas): Using NumPy C-API based implementation for BLAS functions.
ERROR (theano.gpuarray): pygpu was configured but could not be imported or is too old (version 0.7 or higher required)
Traceback (most recent call last):
** File “/home/user/.local/lib/python2.7/site-packages/theano/gpuarray/init.py”, line 21, in **
** import pygpu**
ImportError: No module named pygpu

and on import utilis i get this error:

i am ran the first lesson of part1 fine on AWS and now trying to run this on newly setup local machine.

i guess i’ll have to switch to PyTorch. I’ll look into that.

Update! (in case it can help somebody else)

I have partially solved my problems. After reading some info on pytorch i decided to stay with theano for now because I thought and somebody suggested that it would have been too much to learn while trying to run the lessons built on theano on pytorch while still learning everything.

Ok. My GPU wasn’t utilized due to any of these reasons:-

Then i ran into another weird problem, an error saying “Could not initialize pygpu, support disabled” , some info from here helped.

Making the rig a bit silent: I have corsair cooling stuff (H100i v2) for which they have a tool for windows but none for Linux. Somebody came up with some script from somewhere which helped a bit to reduce the pump rps a bit. The both fan and pump are at above 1500 rpm even at being idle. if somebody has any further tip, would be much appreciated as it would help reducing strain on my ears while training models