The early phase of the COVID-19 outbreak in Lombardy, Italy

In the night of February 20, 2020, the first case of novel coronavirus disease (COVID-19) was confirmed in the Lombardy Region, Italy. In the week that followed, Lombardy experienced a very rapid increase in the number of cases. We analyzed the first...

Interesting read published a week ago, hint: all the graphs are in the appendix / supplemental material. 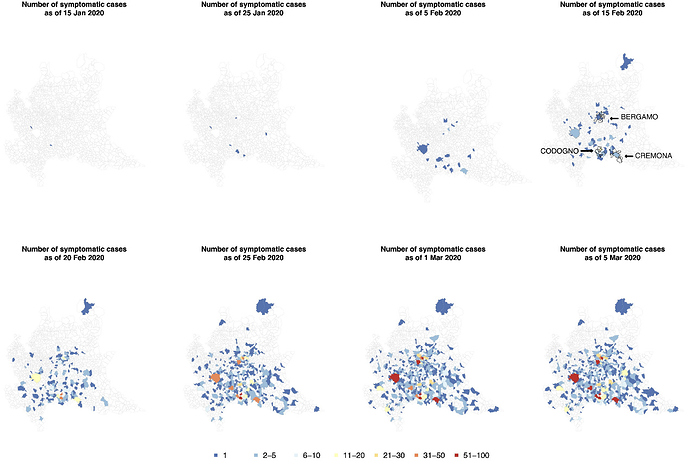