encounted this issue while running this line of code: 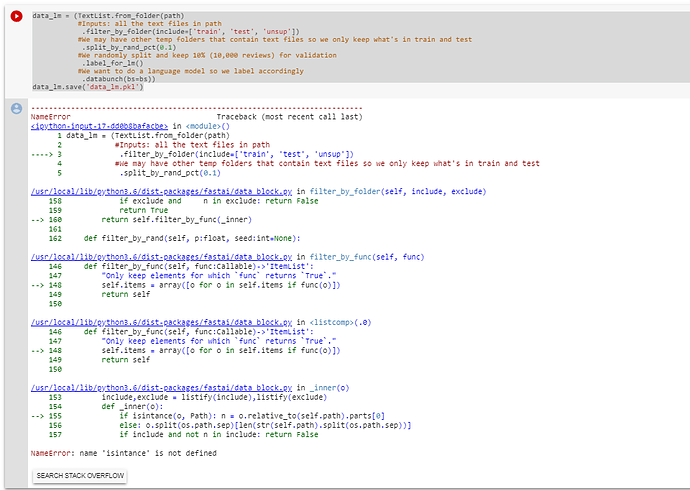 using the latest version of fast.ai, what could be an issue?

It should be isinstance, not isintance. Looks like you’ve got wrong version installed.

I have the same issue, but I can’t do what you do (working on Google Cloud) due to lack of write access. I just updated the fastai library…

I had the same issue on google cloud with the latest version of fastai. I used vi to change “isintance” to “isinstance” in data_block.py, and it works now.

Yes, solved it for me too.