I’ve been working through the first few lectures, and decided that it might be interesting to try to reproduce the image segmentation problem from Lecture 01 / 01_intro.ipynb using a custom data set. In this case, I wanted to see if I could build a model that would segment bluebirds from an image. I downloaded a few (in this case, six) images, and annotated them using the Pixel Annotation Tool, which produced something like the following outputs, all of which have been resized to dimensions (w,h) = (300, 200): 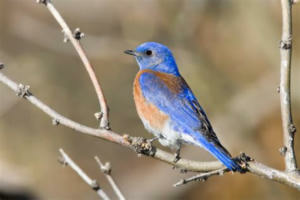 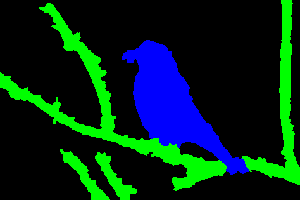 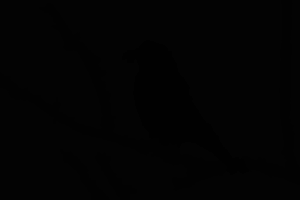 Imperfect, but hey. My codes.txt file simply has

although I’ve tried with and without adding a Background line, and the full directory structure looks like

Obviously, training a network from only six example is not going to produce almost anything useful, but I’m really going for building basically the absolute minimal example I possibly can, and scale it from there.

This is the code I’m running in my notebook, broken up into cells.

At this point, I’m a bit confused about how/what/why this error is occuring. I’m able to successfully complete the segmentation using the camvid_tiny dataset, which seems to be in a very similar form. Some things I’ve tried playing around with:

Image segmentation on custom classes using new data, based on transfer learning, seems like it would be a particularly useful application for people new to machine learning (I know it would be for me), so having some sort of canonical example for building a minimal solution to that is something I would find immensely helpful. It certainly feels like this shouldn’t be as hard as it’s become for me, so any advice would be deeply appreciated!

Check out some suggestions from here:

There are so many times CUDA device assist errors happen, and this is due to the pixels in your mask not aligning how they should be! (sometimes). For example, if I have a binary mask that is [0,255], it will not work because fastai expects [0,1]. So how do we fix this? And how should we watch for this? Let’s look at a few tips and examples. (this is also a Wiki, if you have run into other segmentation issues that are not obvious fixes and fixed them feel free to post your solutions here) Some …

I think my issue might be solved by the “Reassigning pixel values to classes” note, but am a little unsure about how to implement. First, I double checked, and my masks are assigning pixel values of (1,1,1), (2,2,2), and (3,3,3). However, these aren’t continuous from (0), so I’m not sure if that’s potentially creating an issue.

Also, I’d like to double check with you about where to use the n_codes() and get_msk() functions you built, since at the moment, they’re being directly built from the dataloader. You wrote

but I’m a bit confused about where the get_pixel_to_class() function is coming from. Is that just another name for your n_codes() function? And then get_y gets substituted into the lambda function for building the label names?

If so, would that end up making it something like the following?

Alternatively, if this is all being caused by using the wrong data annotation tool, is there one that would work better and not create these issues with the FastAI library? I’m not hung up on using the PixelAnnotationTool I linked, it just seemed like the easiest one at first glance.

I was able to run things no problem. I’m working on polishing things a little bit, and then will posted everything in a Github repository in case other people are interested. The information about my image annotation tool and the scripts (image processing was done using Rust) that I used for both the image resizing and color shift functions will also be available.