I’ve got a p2.xlarge instance running on AWS with the Ubuntu Deep Learning image. I then perform the following steps to get fastai working:

I executed the following code in the console via jupyter lab: 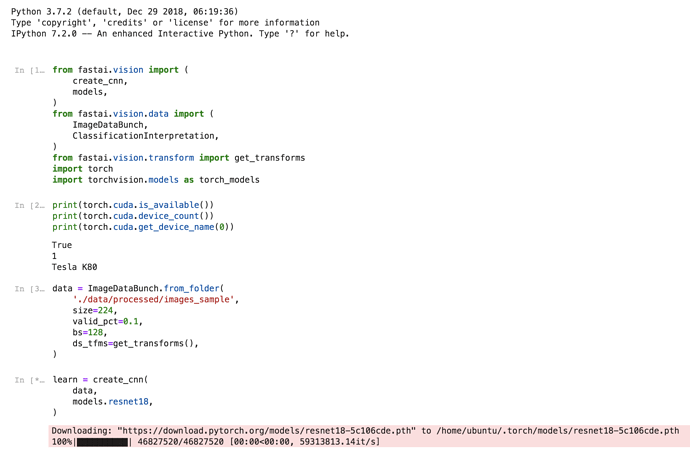 As you can see everything imports fine, but it hangs on the last command create_cnn. Looking at the output logs of jupyter lab it states: Kernel restarted.

I then tried to run it in a python terminal and I get: 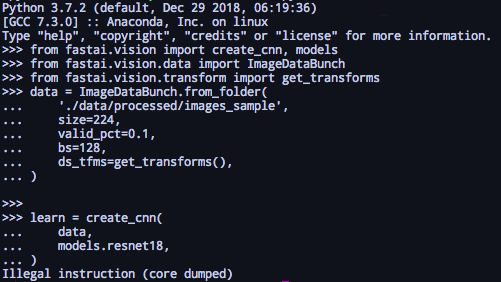 I now get Illegal instruction (core dumped). I’m guessing the error occurs when loading onto the GPU? any idea why this would happen?

I then tried to load the models manually: 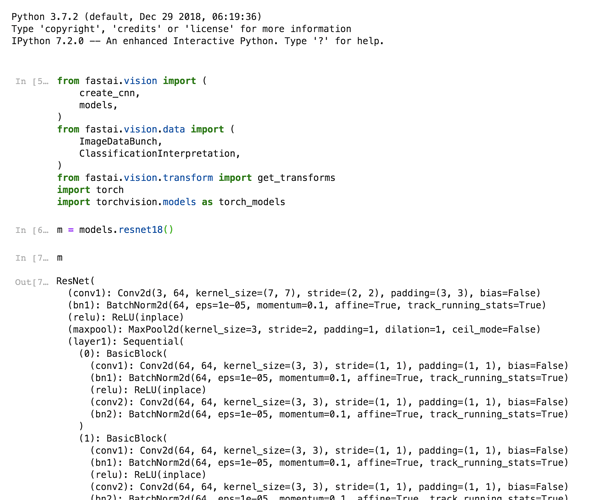 The issue must be when it is loaded onto the GPU?

I’ve managed to get it working with a GPU on the Deep Learning Base AMI (Amazon Linux) Version 16.0.

Once you have the image up and running on a EC2 instance and SSH’d in, I performed the following steps to get it working:

That’s it. I then installed jupyter and got a notebook up and running.