I was thinking about doing some new practice application and found this cool sequencer where you can click a grid to create music.

So the data in that application could be treated like an “image”, and one could set up a rating system where a beat could get a score lets say between 1 and 5. So what if we want to deploy a web interface to collect user feedback and retrain the model continuously? I did a sketch guessing what that could look like 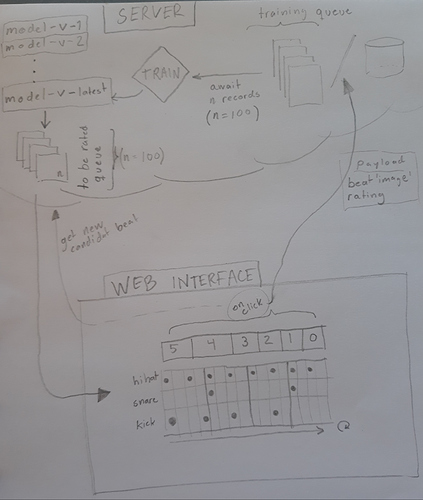 When presented with a new beat the user can either rate it right away, or “correct it” and then rate. After a while the server retrains the model and hopefully the user will get better beats over time.

I still need to do some research to pull this idea off. If you want to help me out I have a few questions listed below.

Thank you for your interest!