ERROR: Could not find a version that satisfies the requirement nb-conda (from nbdev>=0.2.38->fastbook) (from versions: none)

But getting the following error message:

NOTE: If your import is failing due to a missing package, you can
manually install dependencies using either !pip or !apt.

To view examples of installing some common dependencies, click the
“Open Examples” button below. 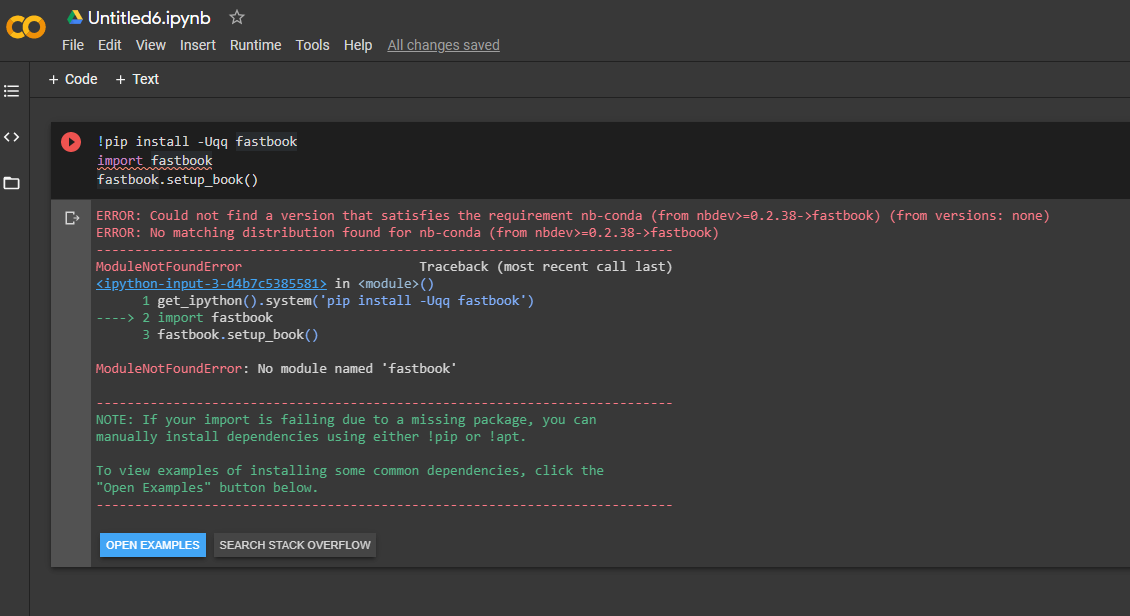 I am getting the same issue. I’ve been using Colab with FastAI v4 Notebooks for about a week and I’ve ran into this issue before (but was quickly resolved after reloading).

I haven’t ran into the same issue until now. But I can’t seem to fix it. I’ve tried reloading, factory resetting runtime, even running this code: pip install fastai --upgrade, toggling between GPU and no GPU

Just retried and everything is working fine now…Was there an update pushed or did somebody at Google trip over a cord in some datacenter?

Try installing nbdev before. It worked for me on Google Colab notebook

Yup! It works for me now too!