Bias and the Subprime Mortgage Crisis: What to take?

The Oxford dictionary defines bias as “prejudice in favor of or against one thing, person, or group compared with another, usually in a way considered to be unfair”. Should there have been a prejudice against less-credit-worthy home buyers during the housing bubble that led to the subprime mortgage crisis of 2008?

One of the reasons suggested by experts like Mark Zandi to explain the subprime mortgage crisis, was that the percentage of lower-quality subprime mortgages originated during a given year rose from the historical 8% or lower range to approximately 20% from 2004 to 2006, with much higher ratios in some parts of the U.S. The exponential increase in lower-quality subprime mortgages was part of a broader trend of lowered lending standards and higher-risk mortgage products, which contributed to U.S. households becoming increasingly indebted.

Some news reports assert that some people without a job or even a physical address were given those subprime mortgages.

We can clearly see here that credit-worthy and less-credit-worthy folks who shouldn’t have gotten those mortgages were put in the same basket and given these subprime mortgages.

These folks who shouldn’t have gotten those mortgages could be found in all demographics, meaning whites, blacks, Hispanics and others.

Today, to avoid repeating the same mistakes that led to the 2008 financial crisis, banks are extremely careful about who to lend to. The problem here is that one group, blacks are disproportionately victims of the newfound attitude of banks. The worst part is that black entrepreneurs who are credit-worthy and satisfy all other requirements from banks are still denied loans to launch or expand their businesses in comparison with white entrepreneurs.

The issue is so acute that one-time presidential candidate, Senator Kamala Harris has proposed during her campaign to pour billions into black businesses. “I’ll put $12 billion into federal grants for black entrepreneurs and expand access to capital through federal contracting programs,” said the California Senator.

In light of this case, should we understand that some form of bias or “prejudice against” in this case, less-credit-worthy home buyers could have been a “positive” thing?

In other words, when does some “prejudice against” is acceptable? That was the meaning of my question tonight in class. I might not have expressed myself very well. Your feedback is appreciated. Thanks. John Adu. 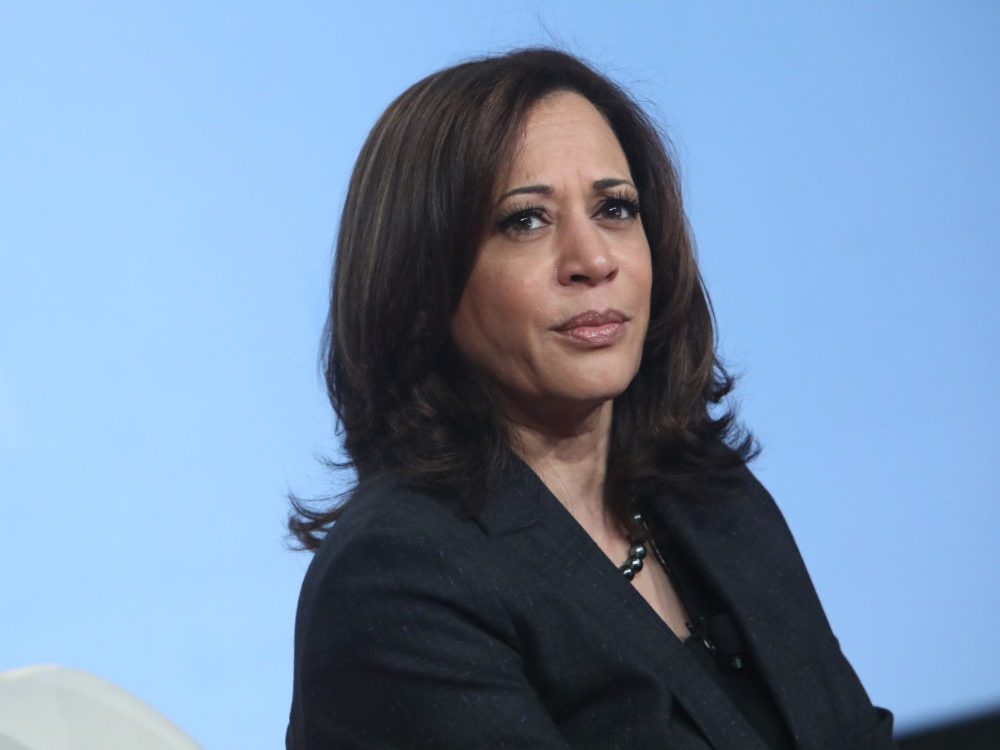 Kamala Harris announced a new proposal Friday that would pour billions of dollars into HBCUs and entrepreneurship programs targeting the black community.

This is a really interesting question and raises further issues.

1 - One of this week’s articles touched upon this topic a bit when it tried to determine what constituted a quality lead. I think we have the same problem with the mortgage crisis and other areas of banking. How do you determine who is more or less creditworthy? How do you make this determination when so much bias is historically built into existing measures? Credit scores tend to exclude those who don’t use credit (people who pay cash/debit), stay at home moms, immigrants, and many POCs. Income is similarly problematic since so much discrimination happens in hiring and because women and POCs are often paid less than white men despite doing the same or similar work. Assets has the same problematic history since the biggest asset many people have is their home and homebuying has been plagued with discriminatory practices. Late payments & collections is an option but again is often the result of the inability of certain groups to access credit. So how does one measure creditworthiness for purposes of mortgages or other loans? At a basic level you can look at income compared to monthly mortgage cost to determine how much home they can afford but that can also exclude a lot of factors.

2 - Does the banking/finance industry have a duty to avoid harming the public that extends beyond mere compliance with existing laws? It’s sort of interesting that the finance industry has fiduciaries who have a duty to consumers and non-fiduciaries. You compare it to other industries and in medicine, law, and certain other industries there is a very distinct duty to the public, ethics boards, and ethics coursework is mandatory on a regular basis. It’s strange that there isn’t a blanket duty to the public in finance to act in the best interest of the public.

3 - Where does the onus lie? Is it the responsibility of the banks to protect borrowers from themselves or does the responsibility lie with borrowers who know what they can and cannot afford? This is a bit problematic too since so many people don’t receive basic education in personal finance and the terms of fine print can be unclear. Should we provide more education? Should we make loan terms more visible and easy to understand? This is the same sort of issue that arises with frauds and scams that people fall victim to. Where is the intersection of moral duty on one side and common sense on the other?

4 - What recourse do people have if they feel they are rejected from a mortgage unfairly or if they receive a mortgage with subprime conditions then end up bankrupt and or homeless? This is another area where it’s interesting to look at other industries. In fields where people are licensed (doctors, lawyers, contractors, teachers, etc.) there are licensing boards and disciplinary committees that you can file complaints with to demand justice or help. Banking/finance doesn’t have that clear connection. There’s the FTC but if a law wasn’t broken you’re hard pressed to get results partly because banking/finance doesn’t have the clear moral duties and ethical guidelines that other industries have with corresponding violations penalties

That doesn’t really answer your questions but does provide more perspective on things to consider.

Thanks for sharing more @jadu. And that breakdown of related issues is very helpful @glbraden!

I would just add a few thoughts:

Thank you all for the replies. I learned a lot from you guys. Here is an article from the New York Times about predictive algorithms that might interest you: https://www.nytimes.com/2020/02/06/technology/predictive-algorithms-crime.html?action=click&module=Top%20Stories&pgtype=Homepage . Thanks.