I was trying to setup GCP for this course, on Win10 via Ubuntu, and was stopped at

I believe the reason was that Google is blocked here in China by the GFW. (Great Fire Wall)

I was able to get a couple of VPN’s to work and get access to Google or Youtube through a browser, howver that doesn’t seem to work for Ubuntu CLI.

Do any of the other platforms we’ve listed work in China?

If not, is there a Chinese provider you would suggest we work with to get something set up with fastai?

Thanks for the feedback, Jeremy.
I had finished the Part1v2 with Paperspace and Snark. AWS is also blocked here. I haven’t tried Salamander and Sagemaker, but if they are somehow connected with AWS, then I’m likely gonna have the same issue. With Part1v2, Snark was a bit slow and a bit low on GPU memory, and recently not very stable, but they are a lot cheaper to just do some coding practice when heavy-duty computation is not needed. Paperspce seems to be better in performance but more expensive in comparison.
I’m not sure about Chinese providers and their compatability, the closest I can think of is Alibaba cloud. But heard that they are banned/blocked in the US due to political reasons just like Google/AWS is blocked in China…

Since Google offers 300USD of credits and multiple configurations with CPU/GPU, they seems really attractive if these lines of codes could be run in a browser instead of a local CLI. Is there a way to run these command lines in the GCP with browser somehow? If not, I guess I just just have to fall back to Paperspace instead.

Yes sure you can use the browser - basic idea is here: https://blog.kovalevskyi.com/google-compute-engine-now-has-images-with-pytorch-1-0-0-and-fastai-1-0-2-57c49efd74bb .

I’m from India & Google is not blocked here, but still i got the same issue as you had. 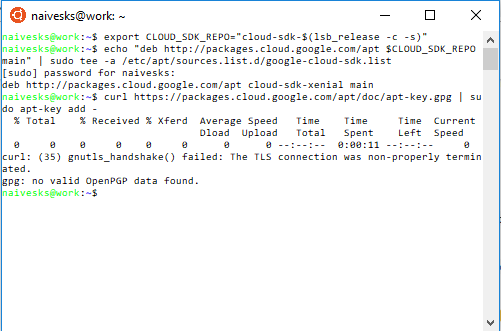 Can you help me. How did you resolve it.

One way to access blocked services like GCP is to use a linode VPS which is not blocked. Then, you can ssh to linode, then to GCP. It may sound complex, but actually quite simple, many people are doing it frequently for various reasons. Here is an introduction: http://sshmenu.sourceforge.net/articles/transparent-mulithop.html

Another issue with working from China. Most people will use pypi mirror, instead of the official repository because it’s either blocked, or very slow to use. The pypi mirror may not be up to date. For example, fastprogress 0.1.10 and spacy 2.0.16 are not available in mirrors, even though they are released one week ago.

I gave that another try after Jeremy’s reply, but ended up failing at the final port mapping(?) which is to open it with the link like localhost etc…
And like Jeremy said, time is better spent working on the codes rather than setting up the machine, I deceided to put GCP to the back burner for now.
But someday, I will try to tackle that again…

One thing that might be of help for you is that you can open a terminal on GCP after you logged into it. I did all the settings that way to overcome that issue you mentioned here.

Thanks, @RogerMao but luckily it works for me after i uninstall ubuntu and did it all starting fresh

And like Jeremy said, time is better spent working on the codes rather than setting up the machine

Hi, Jeremy, I am a new learner here, make a demo app here https://bear-vision.onrender.com/, some people in China said they can’t open the url, is the render.com blocked in China also?