So I am working on the WGAN project, with the 8x8 matrix that is displayed in Jupyter Notebook. Here is the code block that generates the matrix.

What I want to be able to do, is to select a specific image, lets say the fourth image in the top row and display it in Jupyter Notebook at a size that I specify.

My assumption was that the array that contains all the output images of the GAN were contained in the variable faked.

To test this I ran the following code: 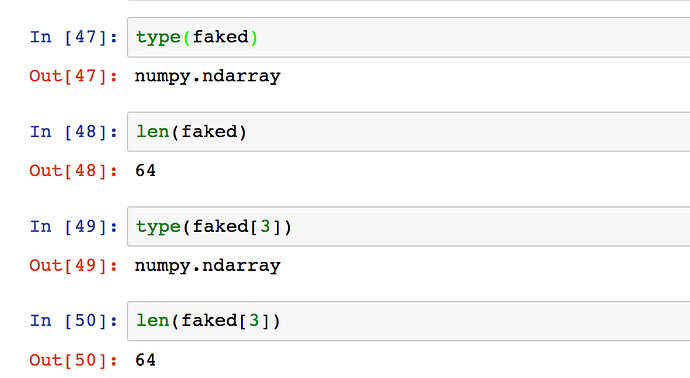 I am totally confused by the fact that faked[3] is a Numpy Array of size 64, just like faked is. Makes me feel like I am in some sort of infinite regress.

When I try to display my single image, I get the following error:

Turns out the answer is fairly straightforward.

Just curious, how long did you take to train that? You used the 10:1 ratio?