For example, what would happen if we have ReLU every 2 layers in a 10-layer network instead of every layer? It would still be non-linear. But I would think that it won’t have the same representation power as having a ReLU in every layer. Consequently, wouldn’t this serve as some kind of regularizer by reducing overfitting (as the representation power is reduced)?

if we pass layer 1 into layer 2 without RELU, it would be

So the NN would just learn W3 and constant, treating it as one layer.

Hi, understanding why non-linear functions are so important is a key step to use neural nets. Please, check this out, tensorflow playground will help you to answer your questions. 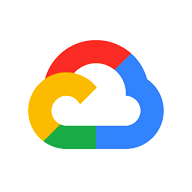 Explore TensorFlow Playground demos. See how they explain the mechanism and power of neural networks, which extract hidden insights and complex patterns.