Making your own server

First of all, thank you for your answer.

As usual, it seems that Windows is the least recommended option for science…! So, let me redo my initial question. If I wanted to avoid Windows, could I make an Ubuntu installation under VirtualBox work with my GPU (the host system being Windows 10)? If that was not possible, could I follow the course without GPU in a VirtualBox VM with Ubuntu and with the Tensorflow CPU-only installation?

What I want, in the end, is to be able to set up and use my own GPU, as I already have it. My second option would be to know if it is feasible to follow the course with a CPU-only installation, as I’d like to avoid AWS, which would be my last option.

Thanks again for your help!

First of all, thank you for your answer.

As usual, it seems that Windows is the least recommended option for science…! So, let me redo my initial question. If I wanted to avoid Windows, could I make an Ubuntu installation under VirtualBox work with my GPU (the host system being Windows 10)? If that was not possible, could I follow the course without GPU in a VirtualBox VM with Ubuntu and with the Tensorflow CPU-only installation?

What I want, in the end, is to be able to set up and use my own GPU, as I already have it. My second option would be to know if it is feasible to follow the course with a CPU-only installation, as I’d like to avoid AWS, which would be my last option.

Thanks again for your help!

If you are doing part I then windows is usable. It isn’t ideal as you need to change the notebooks a little when it comes to operating system commands via the % symbol.

Part II is not possible with Windows as even more file system issues and missing core
Libraries like tensorflow and pytorch for 3.6.

You can use virtual box but using Ubuntu bash for windows would be better. Although it has some limitations and you can’t use gpu.

Windows cannot pass gpu to Linux but you can pass gpu from Linux to Windows.

The best option if you do not do a dedicated box is to dual boot.

CPU is going to be really slow, costing nearly hundred
hours or more of wasted time.

You can look at Floyd, you get enough free hours to finish the course but it is extremely difficult to use and frustrating. AWS is better choice but will cost a lot more but can be mitigated by using spot images.

If you can get a spare SSD even a $95 Samsung EVO 250GB you can install it there and it is really easy. Recommend unplugging windows drive during the install to make things easier. You can do two things from there. Setup grub (boot loader) to configure for windows or just use bios boot selection (typically f8,f11,f12 on boot) to select which drive to boot.

Thanks again! I can’t afford getting a new SSD, I have already a SSD running W10 and a HDD for data, so my idea is to either make some space in the SSD for Ubuntu (but that would be tight, I don’t have much free space) or make a separate partition in the data HDD and then install Ubuntu there. In either case I’d like to set up a dual-boot with W10 booting by default.

Now you want to create a GPU environment for Tensorflow and install all these packages into it (and any other packages you want to use):

Note that you HAVE to use Anaconda Python 3.5… Tensorflow will only work with that specific version on Windows (not 2.7, not 3.6).

Whenever you want to use your new setup, pull up a Windows command prompt, and type this into it:

Change to whatever directory you want, then ‘jupyter notebook’ to start up Jupyter. It will automatically open a browser window in your default browser.

A few things to note:

I’m trying to remember if I missed anything… but this is basically what I did. I hope this helps!

One more thing I did forget… when specifying directories and files in the notebooks, you will have to use the Windows convention, not the linux, such as path = “data\\fish\” instead of path = “data/fish/”.

Thanks for your explanation, I’ll have to see which is the easier way to go for me

One thing that might make working with windows more palatable is the pathlib module in Python 3 - it reduces a lot of unnecessary text from os, os.path, glob, etc too.

What an incredibly useful answer, Chris. Also a fan of your username spoonerism. 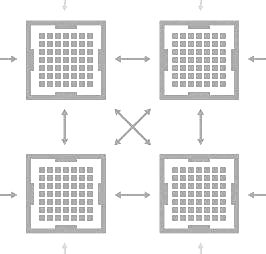 NVLink Takes GPU Acceleration To The Next Level

One of the breakthrough moments in computing, which was compelled by necessity, was the advent of symmetric multiprocessor, or SMP, clustering to make two

Yes, that’s it. I couldn’t find it quickly when I was on mobile. When I looked I couldn’t tell if it was going to be exclusive to their high end cards or not either. My guess it very well maybe. They already crippled the Titan X and 10xx cards for machine learning, so it is no surprise this would be held back from them as well.

I found it annoying to have to constantly restart my jupyter notebooks on my Ubuntu server. There are a bunch of ways to do this, but using systemd on Ubuntu you can set up an “always running” jupyter workplace (e.g. a directory with all your projects). Systemd will handle restarting for you after reboots or crashes.

Then, run the commands

With this code then after a reboot jupyter notebook will just be running on the localhost:8888? And from a remote machine I would be able to use the code you gave to forward it with ssh to my laptop?

This is awesome. Can’t wait to set it up! Thanks @brendan.

I’ve set up an Ubuntu 16.04 box and configured it for access from my mac laptop via ssh. Everything works well, except sleeping/suspending. After I suspend my box I can use a magic packet to wake it from my phone or laptop either on or off my home lan. But if I wait more than about 15 or 20 minutes neither works.

Has anybody gotten wake on lan to work consistently from outside their home network?

I wrote up the steps for setting up a server in Ubuntu (Windows dual boot). For the complete Ubuntu/Windows ignoramus, like I am, or was.

Perhaps someone could add it to the Wiki Installation pages?

This guide is geared toward beginners with Ubuntu and Windows, to get you set up for the course with minimal hassles. I will try to clearly lay out every step needed, without assuming that you already have prior skills with these OS’s.

I do assume that you are starting with a PC and an nVidia GPU. This guide is current as of 18-March-2017. The Ubuntu version installed is 16.04.2 LTS. For other Ubuntu versions and and hardware, YMMV.

To create the bootable installer drive, follow the instructions at

Ubuntu is an open source software operating system that runs from the desktop, to the cloud, to all your internet connected things.

You will be installing Ubuntu in its own partition, separate from the Windows partition. You may find instructions that recommend using the Windows Disk Manager to pre-allocate a partition for Ubuntu. This is neither necessary nor advised. WDM is limited in how much it can shrink the Windows partition because there are system files that cannot be moved while Windows runs. The Ubuntu installer itself can do the partitioning better than WDM because Windows is not running and can be shrunk further. Just know your ideal partition sizes before proceeding.

Next, boot from the installer. This will likely require entering the BIOS screens to select the USB flash drive as the boot device.

The installer will let you choose “Install them side by side, choosing between them each startup” (for dual boot), and let you size the two partitions.

Once the installer finishes, remove the flash drive and boot from the hard drive. If all has gone well, you will see a menu that allows the choice between Ubuntu and Windows.

At the top of the Launcher is a search tile that allows you to find programs quickly. Terminal is one you will be using soon. Note that Ctrl-v does not work in Terminal. You have to right-click and select Paste from the menu.

The next tile below is the file browser with your Home directory as the root. At this point, go to Edit->Preferences->Views. Select “Show hidden and backup files”. You will need to edit some of these later.

System Settings (looks like a gear and wrench) gives access to many settings for personalizing Ubuntu. Be careful with the “Additional Drivers” tab. Ubuntu will offer to install a proprietary driver from nVidia. If you install it, you will be locked out of Ubuntu in a login screen loop. Instructions for escaping this situation are in the notes below.

Shutdown and reboot are found in the gear icon in the upper right corner.

Setting up the GPU and Course Material
Note: do NOT install the nVidia drivers offered in System Settings->Additional Drivers.

Fortunately, several generous experts have created a script that does the setup automatically. The script is found at

If you are easy with git, you can get the script file directly. Or click the Raw link, and using Text Editor simply copy/paste into a local file named install-GPU.sh.

Note that the script has recently been revised to install an older version of Keras, the one that the course’s code was designed for. Later you may want to update to the current Keras 2.

One small problem is that the script calls git, which is not yet installed. To install git, open a Terminal window and enter

Now it’s time to run the script. From the Terminal window, enter

bash ‘path-to/install-gpu.sh’
(You may simply type "bash ", and drag the script file to Terminal to enter its path.)

Wait while the script runs.

As part of its operations, the script will install an up-to-date nVidia driver, one that does not have the boot loop problem. At some point, Ubuntu required me to enable Insecure Boot Mode and provided the steps. I do not recall when this occurred.

If all has gone well, you will see the GPU and its state.

A configuration change makes this more convenient. Open the .jupyter invisible folder found in Home, and edit jupyter_notebook_config.py. Edit the matching line to

This way jupyter will always open to the notebooks directory.

Next, enter in Terminal

To access the jupyter server, open a browser window and go to

You should see a file list that contains the lesson notebooks for the course. Open one of them and you are ready to work.

Good idea - and thanks! We’ll add it.

You should be able to do a lot better than that, I get 229s on a 1070 and when I calculated the cuda stats and terraflops I guestimated you can hit around 140s. I’m waiting for the Gamer X editions to come out with the proper cooling and higher stock clocks.