Hi All,
I am using crestle and I downloaded the dataset from http://ai.stanford.edu/~amaas/data/sentiment/ . 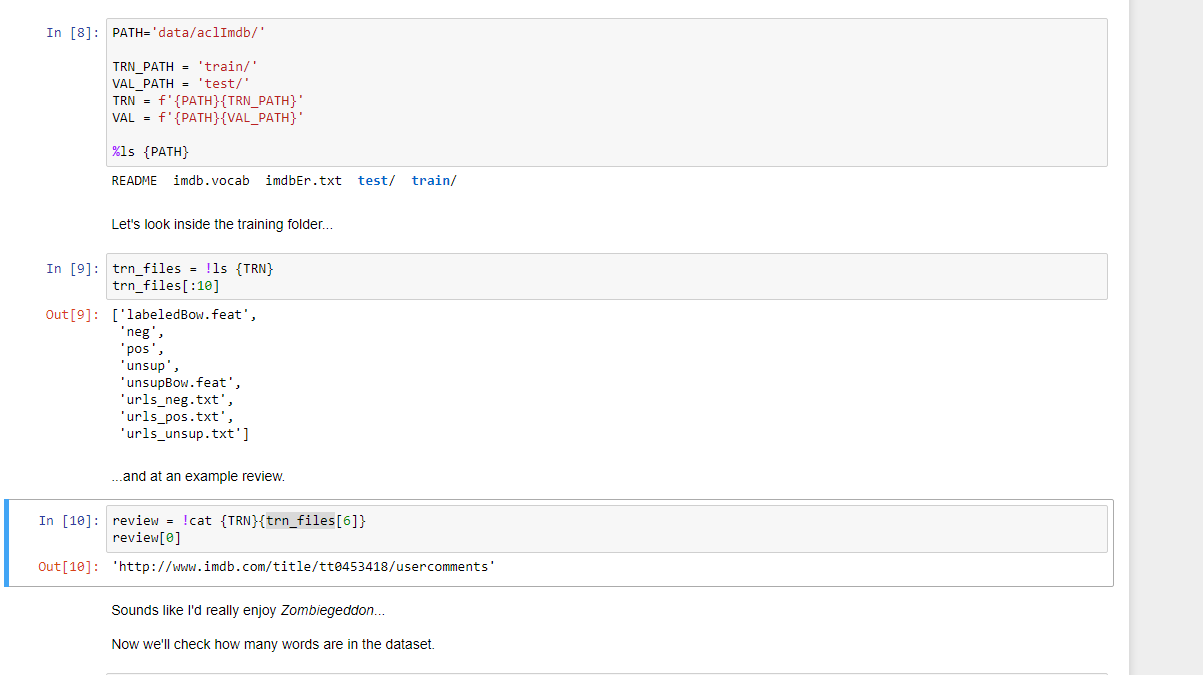 The downloaded dataset has no All folder and it has a different structure . @jeremy do we need to move the folders just like Image classification .

That’s all I did - not sure why you’d have a different number of words. Try counting the words in each subfolder to see how many it should be.

I think a problem might occurred the first time I tried to move ‘unsup’, I repeated the same process now and have the correct number of words, ty!!

Hi, I tried doing the same thing but I got the total count as 17486270 instead of 17486581. What could be the issue? I have attached the screen shot of my folder structure in my train folder. I have moved all files from pos,neg and unsup to the all folder

I am also getting an error when I run the other cells.

I am also running into same errors like @pnvijay . Would be great, if someone can share their experiences.

I think a recent change breaks this notebook. Maybe @wgpubs can suggest a fix for the notebook

I think you want to update the code to do this,

But I’m not at my machine to test it.

Codebase was modified so LanguageModelData objects can be built from text files or dataframes. from_text_files and from_dataframes are class methods to do each respectively.

I’ve updated the notebook based on @wgpubs’s changes now, so if you git pull, it should work fine.

Thanks for doing this. I was just getting on today and about to look at the notebooks when I saw all was good.

@jeremy @wgpubs , I have done the latest git pull, now getting unicode decode error. "UnicodeDecodeError: 'ascii' codec can't decode byte 0xc2 in position 796: ordinal not in range(128)"
@rob, I have the same line of code as you suggested, still has issue. 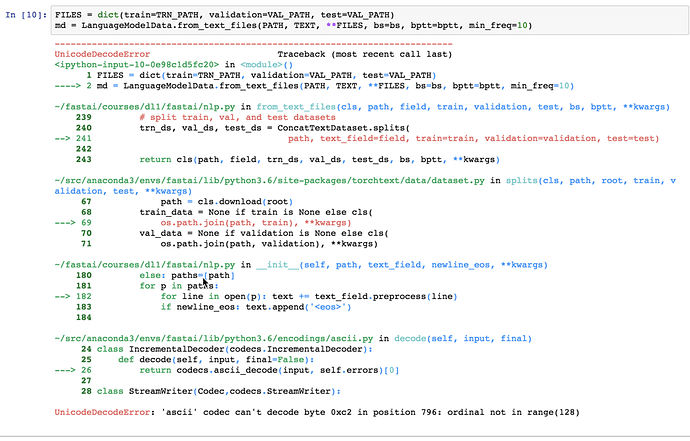 Also, I keep getting “Back to the Future Imdb review” and number of words seem to be wrong. I did exactly as suggested by moving files, etc. See below. Would be great, if you all can have a look and help. 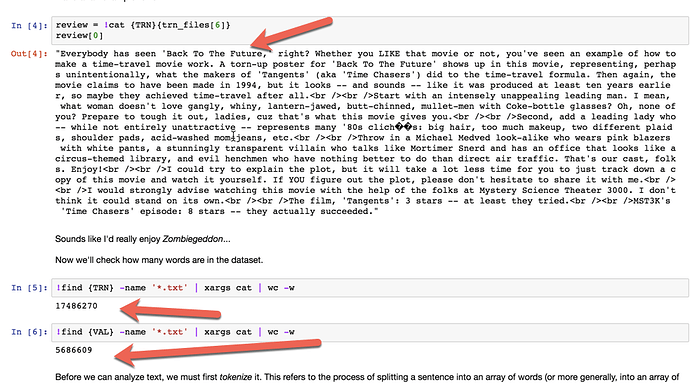 @satheesh , regarding utf-8, check the threads titled Crestle. One talks about encoding

@rob, I have the latest code pull. I have checked those threads, but nothing worked. I am using Amazon’s fastai AMI , they use utf-8 by default ( check : https://aws.amazon.com/amazon-linux-ami/faqs/ ) . Not sure, what’s going on…two issues, the word counts are mismatching and this ascii error…

no worries @rob. What do you mean by recreate notebook ? Copy paste each line or just duplicate ? I am assuming this is the thread :Crestle - Spacy installation failed , that @anurag answered, but does not talk about anything like recreate .

@satheesh the other thread applies only to notebooks run on Crestle.

For the ascii issue with Amazon’s AMI, what is the output of the locale command?

Got it. The only other thing I’d try is what’s recommended in that thread, since LC_ALL seems to be unset for you:

If this works you can add it to your .bashrc.