How to callbacks return things?

Here is the standard form of a callback handler that loops through its callbacks:

We see that at each point, it is able to only return ‘res’, a boolean. But if a callback returns a object it will throw an error as it expects a boolean for the AND operation with res. However in cases as 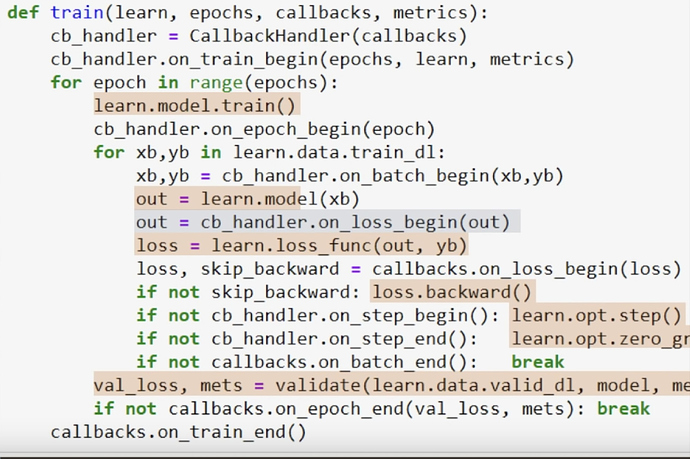 we are returning objects given by the callbacks, two in the last case. How are we able to do this?

sounds like you are showing code of 2 different versions, as on_batch_begin method does not even exist in CallbackHandler

I’d recommend reading up on this: https://docs.fast.ai/callback it’s a pretty thorough guide. The short answer is each of the activations are done in certain instances, tracing it back as a step-wise process. Eg, one fits into the next before or after something happens and passing it one moment to the next. That’s how and why we can return things, as the callbacks EXPECT values to be returned.

One example is the mixup callback, seen here: https://github.com/fastai/fastai/blob/master/fastai/callbacks/mixup.py#L6

on_batch_begin expects that when it is done, you want to return x’s and y’s before you pass your batch through the model.