Bear Classifier: There was an error when executing cell [4]. Please run Voilà with --debug to see the error message

Hi, I am unable to deploy the Bear Classifier app on mybinder. I get the following error:

There was an error when executing cell [4]. Please run Voilà with --debug to see the error message.

What is in that cell [4] of the notebook is:

My guess is that this issue comes from the line:

Because I wrote it on my own machine (Windows), I was getting an error due to / versus \ in the path name. So I added the following cell to fix that:

And everything works well with Voila.
However, myBinder doesn’t seem to get it. Any idea?

PS: I had to run voila from my own machine because it doesn’t seem to work on the Paperspace’s ones

Problem solved!
The issue was this portion of code that I had added:

This portion was necessary for testing my program on my machine (Windows), but then, before uploading the notebook to github for app deployment (myBinder) I should remove that portion of code.

Really interested in this. But can you be more specific? I added this piece of code but nothing worked for me. Can you re explain for those who might come across this issue?

Hi,
I downloaded the code from Paperspace and ran it locally on my machine (Windows) using Jupyter Notebook. And for it to run on a Windows environment, I had to add the following piece:

If you facing this on the Heroku server. try to update fastai version. I faced the same issue then I upgraded to fastai==2.3.1

How to Deploy Fast.ai Models? (Voilà , Binder and Heroku) 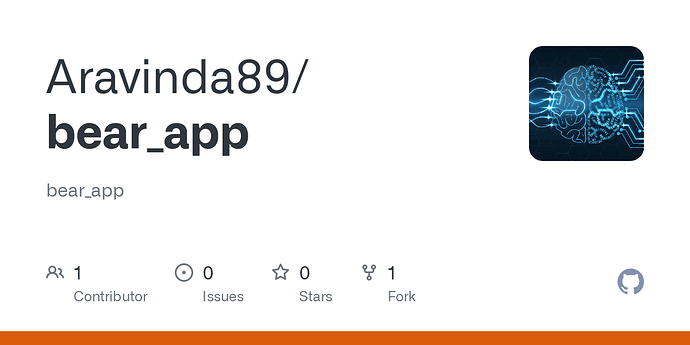 bear_app. Contribute to Aravinda89/bear_app development by creating an account on GitHub.

I hope this may help.