Almost there with the Amazon EC2 environment setup with “git clone”, see below.

Also, is there a way to increase memory?

Thank you for suggestions,
Ben

Could it be that you don’t have port 443 open for outbound connections?

here is I have for the outbound connections:

This was the trick to make it work. Thank you!

Better still, use the -L flag to ssh to create a tunnel - that’s more secure. See the workshop video for details - the bit that @yinterian taught.

I just setup an EC2 environment following the instructions at https://course.fast.ai/start_aws.html and I ran into a couple of issues that I wanted to call out. I wanted to just go ahead and create a pull request to update the docs, but I’m using my company’s account and because of the way we have VPCs setup, there are some steps that are different and I can’t get screenshots that would be relevant to a user starting from scratch.

I’d be curious to know if maybe I did something wrong in the setup to use up so much storage. It did seem odd that just installing those few things would leave me with an instance that was using 75gb. If it really is necessary to add more storage, then I’d suggest updating the docs (sorry that I can’t put in a PR for this). 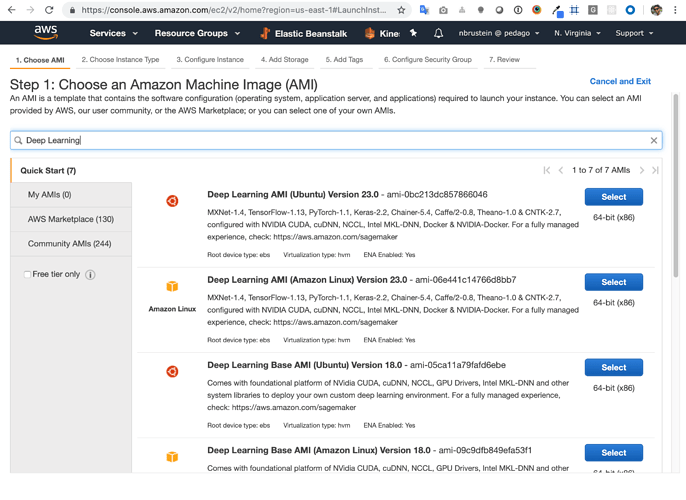